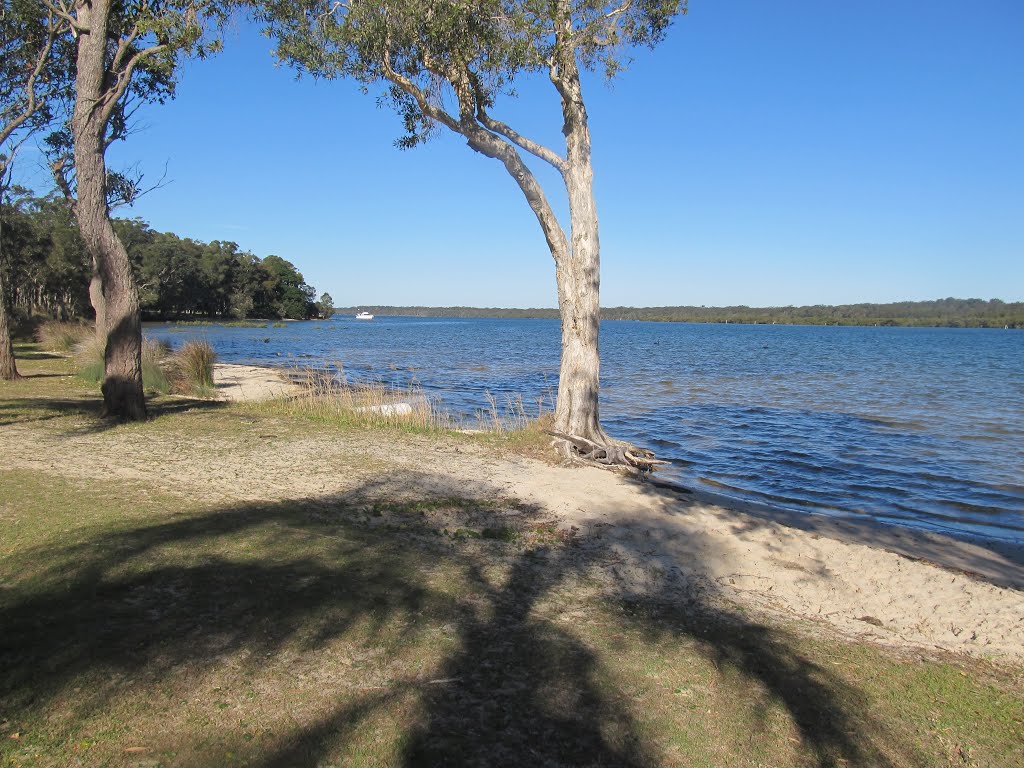 Great spot to drop a line in, and once again - now you can!
It's common knowledge (with a solid precedent) that once a ban is placed on fishing in a certain location. Normally, that ban sticks for a long time. So imagine how stoked anglers in the Newcastle region were, when just 12 months after being banned from fishing the Tilligerry Creek and Fullerton Cove, the ban was lifted.

One look at an aerial map of the region gives a big hint as to why it was banned in the first place. Williamtown Air Force Base sits right between the two fishing spots, with all the associated pollution that goes with a regional airport and air force base. Mostly, it was contamination from firefighting fluids used on the runways in emergencies. That leaked into the waterways surrounding the airport, and as a safety measure the authorities stopped fishing for fear of humans eating fish that had been swimming around in contaminated water.

But 12 months later, DPI Fisheries and the NSW Food Authority have taken some readings from Tilligerry Creek and Fullerton Cove, found a major reduction in the levels (or none at all), and as of the 1st October 2016, lifted the bans. DPI Fisheries deputy director general Geoff Allan said seafood from the waterways was safe to eat; "These results have concluded the continued presence of PFAS (PFOS and PFOA) in some seafood, but at levels that provide minimal risk to most consumers. A restriction however will be placed on dusky flathead caught in the Hunter River for commercial fishers from October 1, which will prohibit take of the species and stop it entering the supply chain."

Those flathead were proven to still carry harmful levels of the substance, but nobody likes eating flathead anyway&hellip;