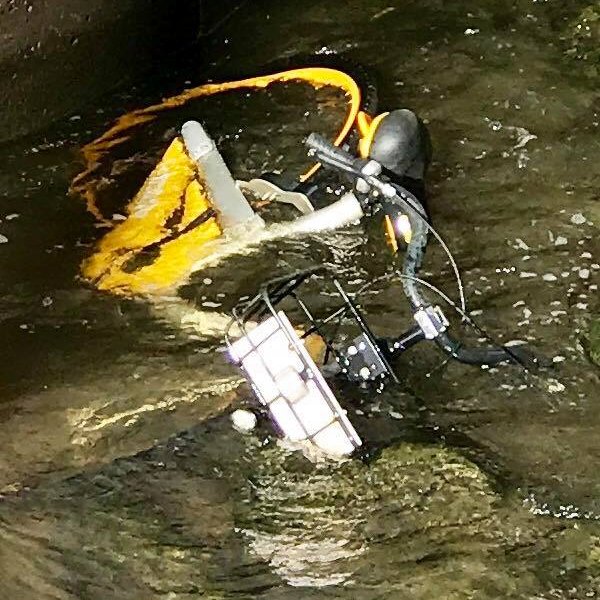 Bikes are a great idea right? Putting them all over the city for people to use is also a great idea, but from good ideas and free stuff, come bored kids and bad intentions. This is how these yellow bikes end up in the rivers, on train lines, and littered around the city of Melbourne. They're a little like discarded shopping trolleys, but easier to lift.

So Tommy Jackett the Melbournian YouTube star went down to his local Bunnings with a GoPro and an idea for his latest video - O Bike fishing in the Yarra River.

As far as a fishing trip goes, this one was pretty successful too! Using nothing but some cheap nylon rope, and a galvanized hook, he went for a walk along the Yarra in search of bikes. He found seven of them, hauling each one out of the water and proudly snapping a pic of his catch before leaving it on the footpath propped up by it's stand. Some were a little worse for wear, but all were repairable.