I've hooked a fish! Now what? 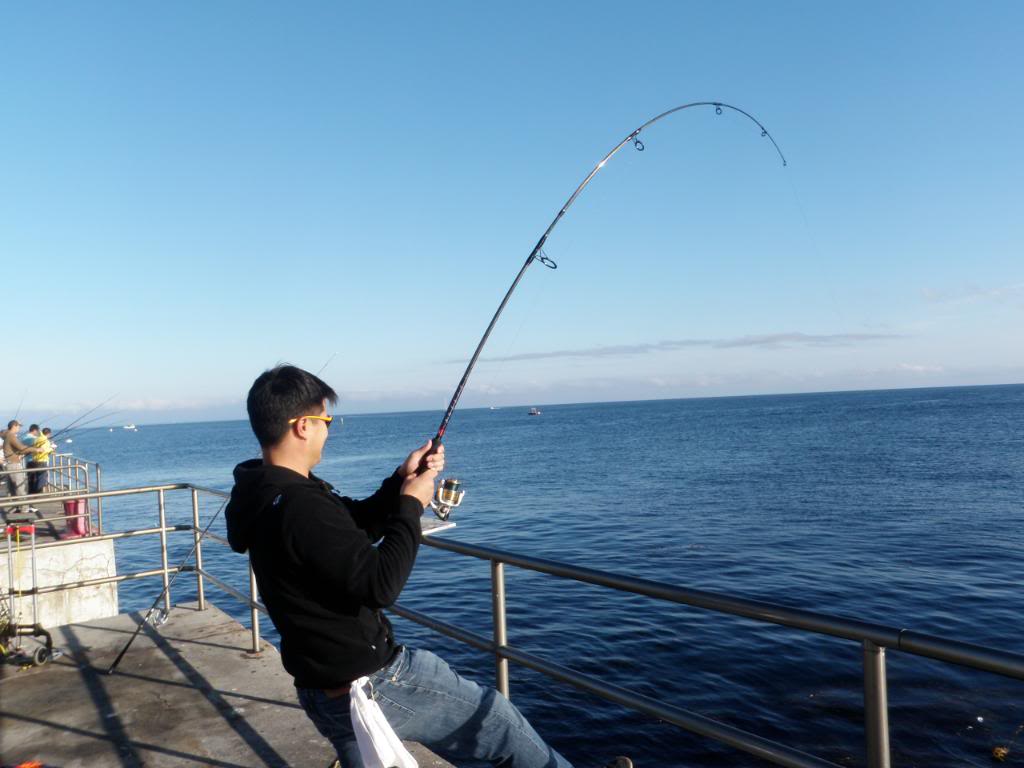 The answer might seem simple at first - you feel a fish on the end of your line, so you reel it in! But when your fishing takes a step up from the humble Bream and Flathead, the act of 'reeling it in' becomes a little more in-depth.

Here's three tips to make sure you don't lose the catch of a lifetime, after you've already hooked it.

Set the hook. 'Setting' the hook means giving the rod a sharp jerk away from the fish, hopefully sinking the hook deep into the fishes jaw and around the jawbone. That ensures it won't wriggle itself free, but be careful not to pull TOO hard! Many a fish have had their jawbones ripped completely off, by a too-keen angler or child.

Pull up, Reel down. Simply reeling in the line won't work with bigger fish. It will tire you out, and there's a higher likelihood of you breaking a line. Pull the rod tip up and towards you to pull the fish in the same direction. At the top of the pull, reel the top of the rod back down to the waters surface. Then repeat.

Set your drag. 'Drag' is set by the little knob on top of your reel, and it can (and regularly does) save your fish! With a properly set drag, a fish can actually pull the line back off your reel if it's pulling too hard. While that might seem counter productive at first, it's better than a snapped line! Big game fish are won in a battle much liek tug of war, you win some, you lose some. Practice different settings on your next fishing trip, to find the perfect balance.

It's not over until the fat lady sings. Or something like that&hellip; Fish have some funny instincts, and more than one angler has thought their fish has given up, to find it spring to life juuuuuust as they were about to pick it up. Expect the unexpected, and don't crack that beer until the fish is inside the esky.

Check back next week for Part Two in our 'I caught a Fish, now what?' series of fishing how-to's.