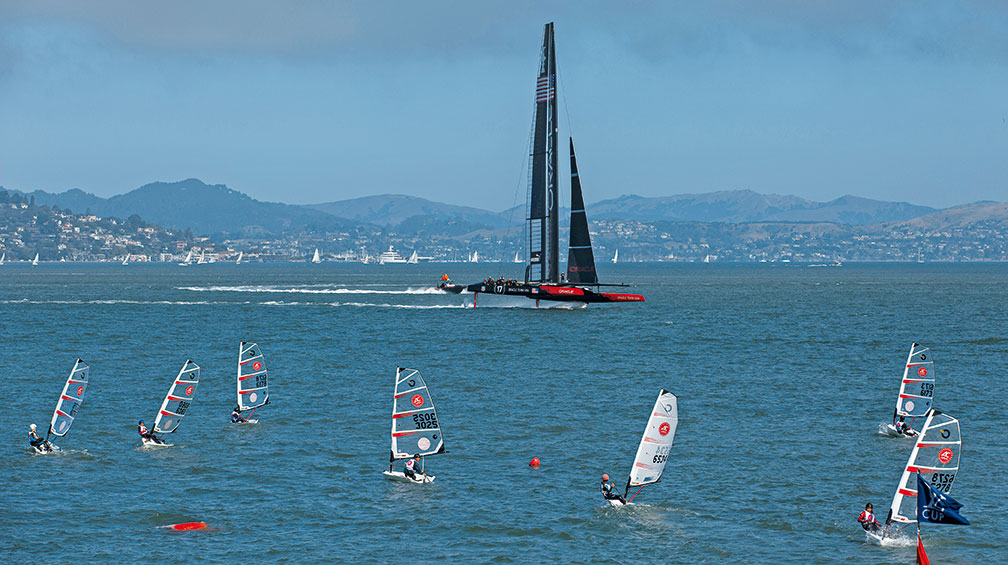 What's more exciting? Those kids bobbing about on a short course, of the multi million dollar AC72 behind them?
Two lucky Aussie kids will be invited to compete in the Americas Cup regatta in Bermuda next year, as part of the half time show on the final day of racing. What will they be sailing on? O’pen BICs!

That’s right. The little boat that’s taking the world by storm, is cool enough that the Americas Cup organisers have said, ‘Yep, we want 32 kids under 15 years old to show the world what junior sailing is all about. And we want them to do it between the two most exciting match races of the year.’

Up for selection in the thirty-two spots, are two Aussie kids under the age of 15, and two from New Zealand. They will have flights, accommodation, meals and boats supplied by the Americas Cup Event Authority, as well as the world's attention as they battle it out in Bermuda, with a backdrop of multi million dollar AC48's, in their $5000 O’Pen BICs.

If you missed last weeks article on what an O’Pen Bic can do, watch an incredible video of them here!