Always on the go, Casper arrived in London after a busy schedule of Skagerrak film premieres and heavy training sessions with a case of Tenosynovitis in his right wrist. On race day Saturday, Casper decided to pull out of the Long Distance due to severe pains in his wrist and focused his efforts on recovering enough to perform in the Sprints.

"It was tought to sit out a race for the first time in my career due to an injury. But thankfully it paid off. Sunday morning my hand was somewhat better and I took to the race course. The sprints have always been my favorite as they are super challenging, technical and always chaotic!" said Casper.

Adding complications to his weekend Casper's race board arrived damaged. Fortunately he was able to secure another Maliko to race on.

"I felt strong on my Maliko 12'6&Prime; X24 and powered my way through the heats on the very technical 200 meter buoy course. As the rounds progressed both the competition and the pain in my wrist got more severe. I remember starting in the semi-final trying to use the pain in my hand for something positive. Thankfully the sprint races were short so I could ice it immediately afterwards.," said Casper.

In the final, Casper was up against Noic Garioud, Claudio Nika and Titouan Puyo. Just getting that far felt like a victory and with nothing to loose Casper gave it all he had in the final. "The final was hectic from start to finish. My heart beating fast. One paddle stroke at a time. One buoy at a time. Pain running up my arm. I could not feel much more alive, or dead, when I crossed the finish line, panting for air and crowds cheering. This is racing!" said Casper.

With this result, Casper remains even more positive on the outlook for his 2019 title hopes. "Even though it was "only" a 3rd place, given the hardcore field of athletes in attendance and my condition, I was really stoked to make the podium in 3rd place. It has given me a new fire to get back to training hard for the next races especially with my eyes set on winning the overall Sprint title at the end of the year!" said Casper.

From London, Casper now heads home for the Danish Championships and to prepare for the nest APP World Tour event in New York in August. Between that Casper will also be hosting the first ever " Midsummer Viking Challenge " June 22-23 in Copenhagen, Denmark. 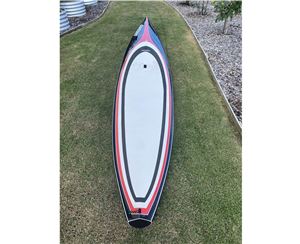 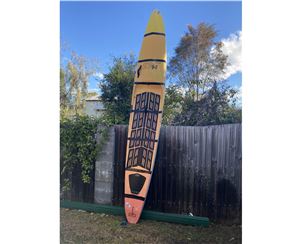 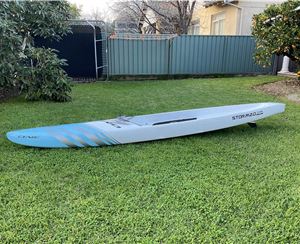 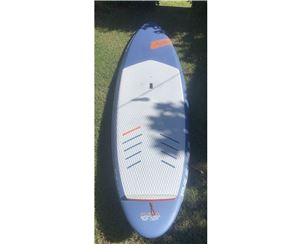