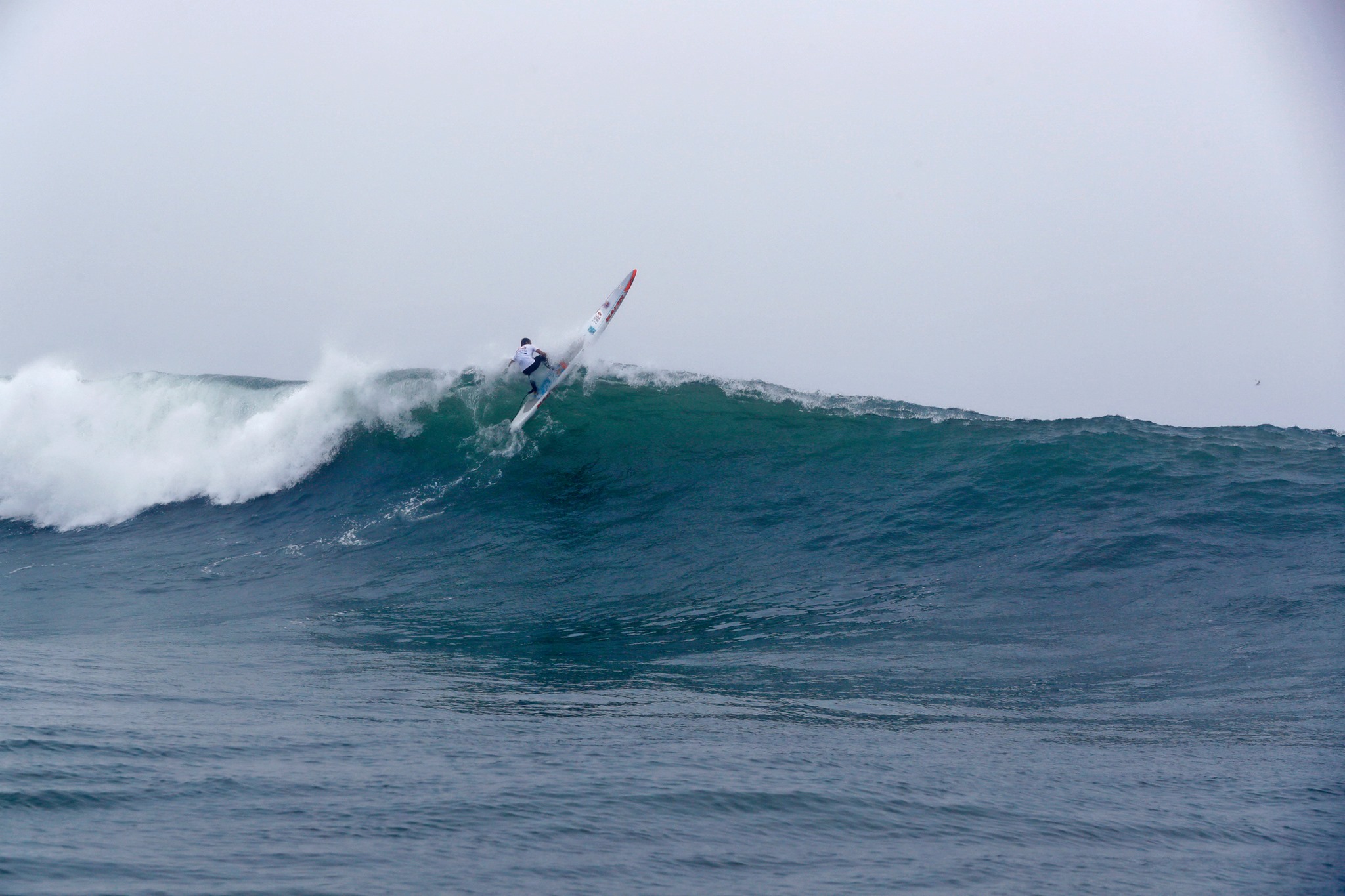 This year, the event lived up to its name with big surf and heavy fog. Steinfath, armed with his Naish Maliko under foot, battled some of the gnarliest conditions the sport has ever seen, paddling a grueling 12 km (7.5 mi) course across San Francisco Bay. Of the 21 competitors, only 8 of the 16 men finished the event, often times not knowing which direction the beach was. All five women in the event were also forced to forfeit mid-race due to the treacherous conditions.

Just a week before the race, Super Typhoon Hagibis wreaked havoc in Japan, causing the swell to build in San Francisco's Ocean Beach to be in the 15-30 foot range. Despite the ominous conditions, Steinfath remained ready and focused as he's trained long and hard for this race. Casper started the race strong and pushed his way into 6th place at the first turn around, but was still 400 meters behind the leading pack.

"I wanted to conserve energy, for sure. I'm a sprinter, not a long-distance racer," said Steinfath. "This race is all about keeping your head calm, because we literally couldn't see the set waves."

Heading back into the fog and heavy surf, Steinfath's Viking roots prevailed: visibility was non-existent, riders were disoriented and getting blindsided with 15 foot waves - yet Casper charged ahead, taking the lead and ultimately the win. "It was a battle out there. When we got past the Golden Gate bridge, it was like we were on a treadmill with the strong current and wind. At the end, we all just got washed around. I don't know how we survived these waves, I'm still in shock. This is by far the wildest and craziest race in the world, and I wish there were more of them," claimed Steinfath, exhausted and out of breath at the finish line.

Steinfath's win secured him the title of 2x Champion of the Red Bull Heavy Water event, and is a stepping stone in his mission to claim the title of overall APP World Champion. 35 kn
SSE
Most Windless in Australia: