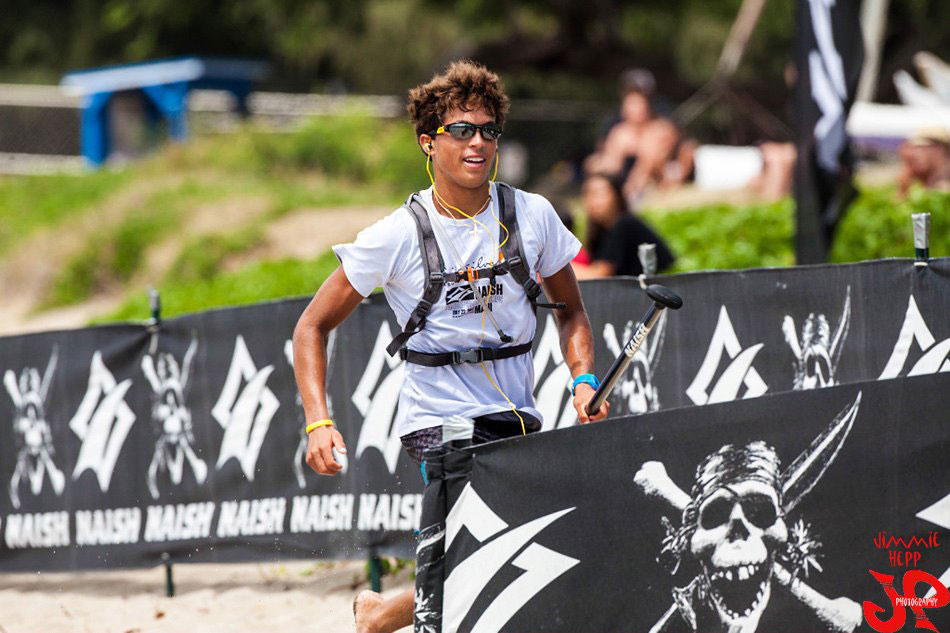 All-round waterman, Kai Lenny was in top form. Despite the wind not behaving like its usual summer self, Kai dug deep on his Javelin 14'0" LE and made history by being the first SUP to the beach at 1:05:22- beating all the Unlimited class racers who came in seconds and minutes behind him.

Kody Kerbox, also on his Javelin 14'0" LE, placed third in the 14' class as did Naish's Michi Schweiger in the 12'6" class, and Naish Brazil's Luis "Animal" Guida came in third in the Unlimited class. For the women, it was Naish team rider Karen Wrenn who took the podium in the Unlimited class, Naish's Julia Schweiger in the 12'6" class, and Germany's Sonni Hoenscheid placed second in the 14' class.

Stay tuned for the upcoming Molokai2Oahu race and the Turtle Bay Summer Paddle presented by Naish in August.