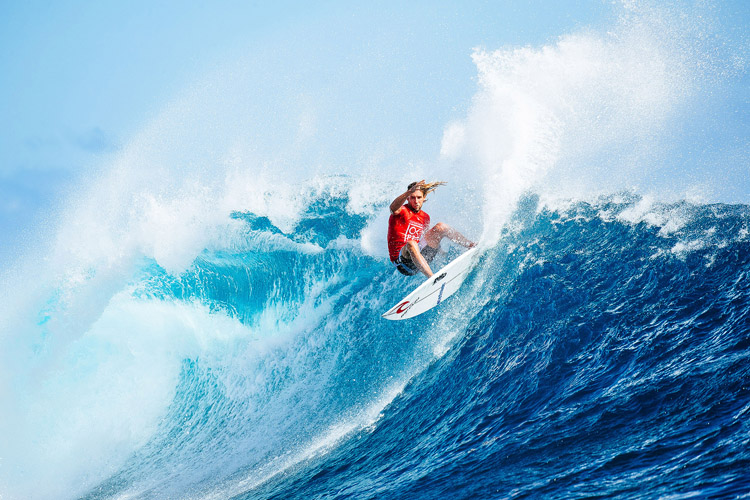 You know Cloudbreak; a private island in Fiji, Kelly Slaters home away from home, one of the best and most consistent waves in the world. To win here is something only legends can claim, and this 28 year old can now say he's topped John John Florence, who now sits below him in world rankings and looks certain for an off-podium finish in this years WSL.

Back in early 2016, Wilko was on track for a win thanks to back-to-back wins at Bells Beach and Burleigh. But an unfortunate run towards the end of the season saw him slip back to 5th place overall. Not bad, but nobody remembers who came 5th!

"Last year I had a runaway start and everyone caught me," Wilkinson explained in an interview after the event, "Now I've kind of caught up the space between everyone else. Hopefully I can keep this momentum through the middle bit and give it a strong push for the last half."

He's currently sitting at number one on the WSL leaderboard, and with the next stop at J-Bay in South Africa, on the 12th July, the world is going to be watching. Can Wilko achieve the dream? His surfing certainly says so!