Gold Coast Loses the First WSL Event of the Season 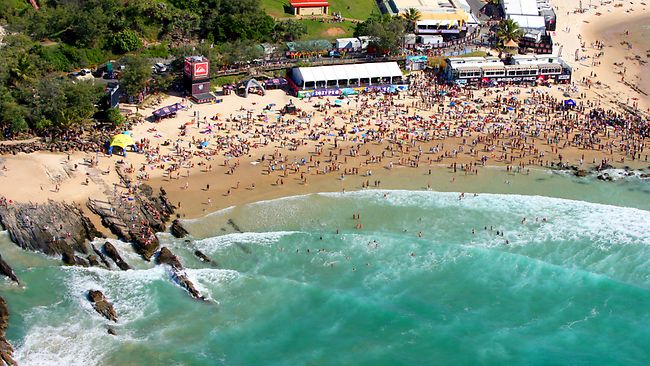 This week there was a meeting which might just transform the future of competitive surfing, and the success of the Gold Coasts biggest surfing event the Quiksilver and Roxy Pro's. Funded by the QLD Government and estimated to bring in $20m for the local economy each year, the Quicky Pro attracts tens of thousands to Burleigh beach in March each year, and hundreds of thousands online.

It was decided that before the first event of the season, another event would be run in Hawaii to capitalize on the beginning of the season over there, and to kick off the tour. That doesn't really make the Gold Coast event the 'first of the season' anymore, but at the end of the day, it's still run at the same time each year (in March). Other changes include a shortening of the season to 8 months (instead of 10), and a change from the points scheme we've seen in recent years. Instead of 'he/she with the most points wins', in 2019 surfers will play for points for all but one event of the year. Just prior to that event (the finals) the top handful of guys and girls will be picked to compete in the playoffs. They'll head to Indonesia, jump on a boat and head off for a week of surfing some incredible waves to crown the winner. Lets hope there's WIFI out there!

Will this change spell the end of the Quiksilver/Roxo Pro? Who knows! We're certainly looking forward to the new format and those events at the beginning and end of the tour!