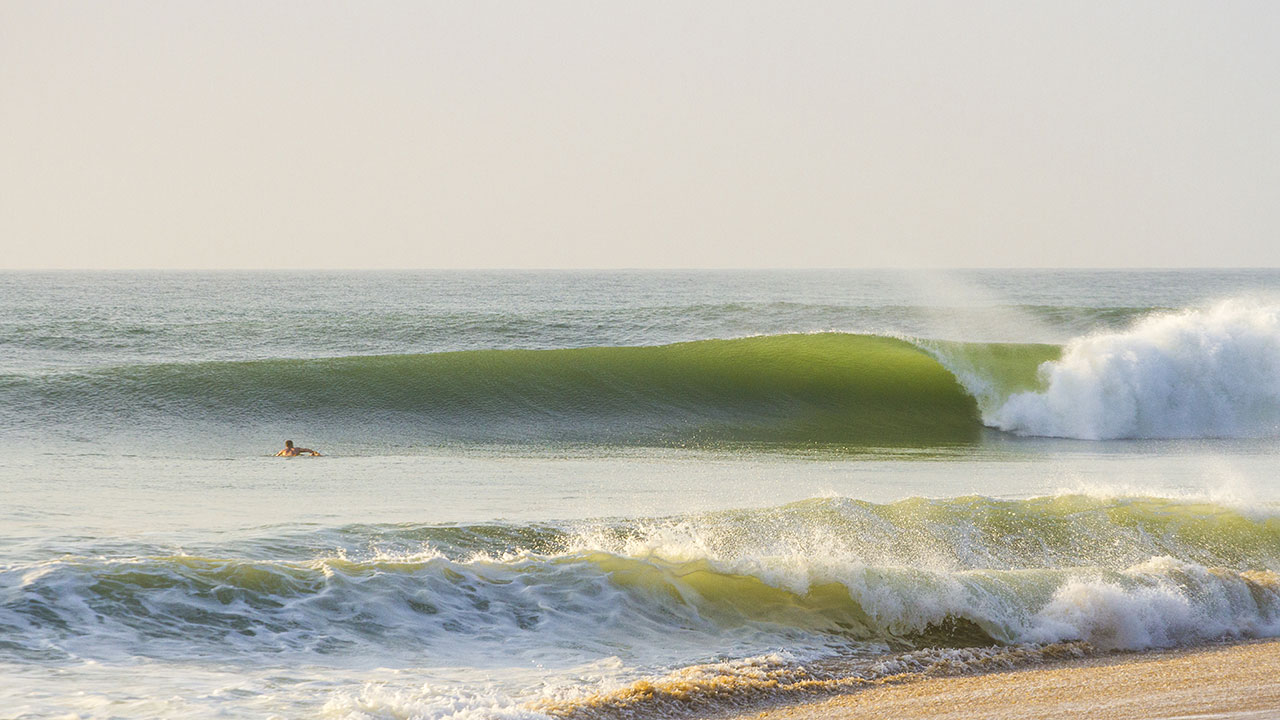 Could be any right hander pointbreak in the world... But it's not!
If you haven't seen it yet, do yourself a favor and scroll down to watch Mick Fanning on what's being labelled the best right hander in the world by some. It's fast, it's hollow, it's sandy and there's not a single person out but him. Which begs the question, should it stay that way?

Secret spots have long since gone the way of the dinosaur. Before even the invention of Google Maps, there were cameras, video cameras, surf films and magazines sharing the treasured coordinates of surf spots that looked too good to be true. Surfers flocked, spots were overrun, abominations like Snapper Rocks were created. That's just how it is.

So when Rip Curl released their latest episode of 'The Search', titled "Ain't No Wave Pool', they really tried to keep it under wraps. Choosing to cut perfect waves as soon as a landmark came into view, they avoided all reference to the continent this place was on, let along giving away the country. Mick has remained tight lipped too, but to no avail.

The internet has found it, and it barely took 24 hours&hellip;

But will people go? Perhaps. Only if they're really sure that it IS the spot. Only if they have the spare cash to gamble it away on a 'maybe' surf trip. Should Rip Curl have disclosed the location of the mystery right hander? No way! But have they done a dis-service to the spot by showing it to the world? Probably not, this place is going to remain pretty chill.