Hi all, I've just joined the forum having looked at it for a while, thanks for accepting my membership. Last year I bought an Austral Clubman 8 year 1994 and have had it on a mooring between sails. I've just taken it out of the water for the wet season (I live in far north Queensland). I discovered that it had water between the inner side of the hull and its moulded floor panels. The hull is sound and neither of the 2 hull penetrations leak. The material covering the drop keel casing is wet along where it meets the moulded floor panels so I suspect a keel box leak. I've lifted the keel up as far as it will go which is about 75 mm above the bottom of the hull and can see the join of the keel box and hull, which looks ok. There is what appears to be an inspection panel in the cabin on the side of the keel box and I've removed the screws attaching it but it seems to be glued into place. I don't want to try to force it off in ignorance and damage anything. Hoping there are some members who have an Austral or have a friend who has one who can advise. I sent an email to Austral but didn't get a reply, thanks in anticipation.

Don't have a clubman but presume you have confirmed it's salt water and not fresh.

I had an Austral 20, but it is an entirely different beast. I think you'll find it difficult to get answers from the manufacturer, because the people who built the boats have, probably, long since gone.

If you have not done so already, post a query on the Trailer Sailer Place - trailersailerplace.com.au/phpBB3/

Thanks Archenar, i'll try your suggestion, didn't know of this forum 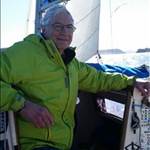 Is it wet at the lowest point in the hull? I was once looking for a leak at a particular place, and it turned out to be coming from higher up, but the thin flow film was hard to spot.

I do remember the moulded inner floor, which looks nice, but makes trouble shooting things tricky.

I think there was also some talk about leaks into the hull/liner area coming from the outboard well somewhere ?

Saltwater leaks can come from higher up if you dip the rail or take waves when its rough.

Hi Yara, yes leak is at lowest point, thats what makes it so hard to find

Thanks Azamagnum, my wet areas is the lining at the bottom of the keel case and visible water between the moulded floor and hull, whilst that area doesnt seem to have a great deal of space to hold water there are inspecion ports in moulded loor but aren't reall much use so i'm in theprocess of pulling things off and checking sealing starting at the top so its going to be a painful case of elimination. 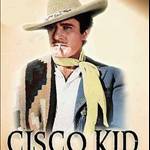 Is the centre board case all glass or does it have plywod in it.

Quick easy fix if glass. Dry it out, soak it with resin and resin a bit more cloth over it. Ply could be rotten and not so easy to fix.

From memory mine didn't have inspection ports on the floor lining.
Leads me to think that your previous owner may have put these in to find the leak...

I assume you mean the carpet that lines the outside of the keel case.
Mine was wet around the bottom of this too, but that makes sense as water will run down the carpet.

Thanks Cisco and Azamagnum, keel box is some sort of composite. So far I've taken off the large cover off the deck that creates the tunnels for the halyards and discovered some cracking issues there between deck and box which i've ground out and glassed next i"ll have a go at the bottom end of the box where it meets the hull not so easy though on my back and not much room in the keel box with the keel up as far as it will go, ahh the joy!

Can you take the keel pulley assembly off the deck, then get a jack under the keel to push it up into the keel case to give you more room to grind and fill the exterior hull/keel case join ?

Unless you have access to a tall tree and chain block to raise your keel higher than normal (after removal of deck pulleys) ?