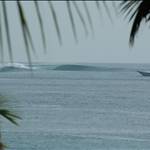 Anyone ridden a fanatic 2021 pro wave 8'3" 109 L. Not much info on the net yet, as it's a new shape from 2020. I believe sup boarder pro has a another pro wave board test coming up soon ?
Just after any feed back from anyone that's jagged on already ? I'm looking to step down in size from my infinity blur V2 8'5" 121 L, I'm at 88/90 kgs and looking for something more performance / thinner rails, smaller volume, to get more vertical.
I love the blur V2, so a smaller board in this size would do the job but just considering other options ?Cheers in advance. 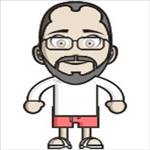 To get more vertical, just decreasing volume is not enough. You need to focus especially on the tail design (rocker, width, wings rail volume) to be able to tighten your trajectory mid-turn, plus a max width rear of center to both add more outline curve to the outline and pull in the nose outline to whip it around without catching a rail.

I would add a warning about thin rails. As much as thin rails are mandatory in the tail (to bite hard in the wave) and nose (to reduce swing weight), thin rails in the middle section can be counter productive if the wave is not fast enough to warrant it: thin rails everywhere will bury in the wave, adding hold but locking the turn radius. A rail with more volume at the mid-point than the tail will add some kind of fulcrum to keep the board loose and allow to really pivot on it hard in turns and keep the nose well clear of the water: the tail will sink but the board will rotate around the mid-section to go vertical even in smaller waves.

More volume in the mid-section also allows to reduce the overall board length for the same volume, which helps a lot going vertical. 8'5" is quite long... its is only a hand width from a 9', after all.

On fast long-period waves with enough room on the face, I guess a thin rail all over is mandatory to provide enough hold. But for the quest for vertical surfing in everyday waves, my advice would be to look also at the way the volume is distributed on the rail.

I cannot comment on most brands(*), since I do not know them well, but as an example, in the Gong line, it is easier for me to get vertical at 97kg on my Alley 8'1" 120l than it was on my Karmen 7'11" 105l, despite the Karmen having thinner rails all over. Because in a turn the Karmen digs its rails deep for secure carves conserving speed, whereas the Alley "rears up" and want to go vertical. But people are always surprised when they see the Alley "in the flesh" with its higher volume rails in the center than the Karmen. (but it has thinner rails in the tail and nose than the Karmen).

(*) I will just say that on the supboarder unboxing video, the Fanatic seems to have a nice volume distribution on its rail, it should work well.

Cheers thanks for the feed back Colas.

I did about 3 hours on the new 8.3 the other day.
Its a nice board, its a big wave charger for sure
Heaps of rocker and very stable.
Gets on waves quite easy but hasnt got as much flow speed as my jp boards.
Its a back foot turner, atleast with the stock thruster set up. Id love to try it as a quad.
I got on some head high waves and that was were it worked the best.
You can still catch small waves on it but its a bit slow on them. Its definitely made for punchy waves.
Its very light too.
It kinda fells a bit big to turn unless your on the back foot right back, But that was mostly on the smaller stuff.
On the bigger waves with more speed you can really crank the turns, bottom turns awsome and shoots you back up the wave face with heaps of speed.
It just seemed to do everything better the bigger and more punchy the wave was.
I almost reckon if they made it 29 wide instead of 29.5 it would be a bit better
Great board tho
Hope that helps

Awesome feedback Copps, sounds what I'm after, cheers. I prefer a board more for good waves, spoilt here on the east coast ??