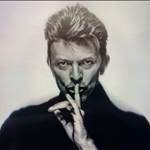 Had the opportunity to swap boards with a mate today, I have the 8'8 flow V2 at 126 lt and he has a 9'x30x157l Pro 2021. Was clean but small, knee to waist high, weak waves mostly. Impressions ... the starboard had better glide onto waves not overly surprised as Im 96+kg (hes about the same maybe a little lighter) I thought the board might be Corky at 157lt but not a t all it sat in the water nicely and wasnt any tippier than the flow.
Once a wave the flow was certainly a lot faster and the thin rails really are awesome, he was impressed with the flow on a wave. The flow is also a lot looser in the tail.

Overall impressions, both are amazing boards and worth the $ spent. Similar as far as stability both handle big blokes comfortably. The starboard was slightly better catching small waves, the flow better on a wave. In bigger juice I think the flow would win overall.due to its 'on wave' performance".
Would either of us swap boards, Nope!