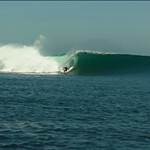 I had the 9' for about 6 months., then sold it to a mate. I'm over 50 yrs, 80kgs and found it a bit corky at 145 litres for me when it got choppy and windy. When smoother in between sets, it was fine, but ithe sea is not always like that. On the waves only had to think about turning and it was there. I used 3 fin mostly with 7" thruster. Had to work a bit to get onto rolling waves, and I could catch 2-3' up to 6' and have heaps of fun. Rolling waves overhead were easy to get onto. Steeper faced waves were its real home, committing to the drop, fast bottom turn, and the easy speed. Paddling out through the foam was easier than round nosed sups with its pointed nose and rocker. My mate is around 90kg and finds it more stable in between sets in chop than I did.

I hope that that helps you Goggo

Cheers at 95 kg should be fine for me.

Thanks for the info mate, I'am waiting to pick up my 9'0 x32 and have found very little info or reviews on the board anywhere. Around 92 kg's so I hope it will be a great all round board.

Love to hear from anyone else who has experience with the x32. 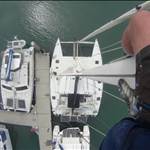 Thanks, I rode my 8'6" 121 L dog in offshore glassy waves and love it. At a lazy 55, I just can't be bothered with it in less than perfect conditions and then I might be tempted to ride one of my various prone boards. With sup foiling, winging, and wanting to prone foil and having a job and family I just want a one quiver sup for surfing in any conditions I don't want to ride all the other stuff.
So x32 is off my list. 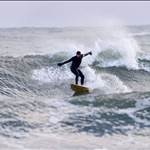 I had a 32" wide 8'6" Redwoodpaddle source pro 126ltr, similar to mad dog in shape, nice board, very stable, fast and surfed suprisingly well for a wide board. Had to move feet about quite a bit to get the most out of it, great in big choppy conditions. I'm 84kg mid 50's, sold it on as progressed onto boards about 8ft, 112ltr.