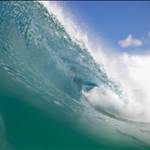 Welcome to Summer 2020/2021
After such a turbulent 12 months I imagine the majority of you would probably not have thought too much about the late 2019 and summer 2020 bushfires that absolutely incinerated not only fauna and flora, but whole communities.

Bushfires and drought are part and parcel of the Australian summer and everyone, most likely, has their own opinion on things.The finger pointing and blame-game was never relevant to me, what emerged from the ashes were the everyday heroes that were there when their communities needed them most, putting their own safety and wellbeing on the line for their neighbours.
The majority of my 2019 Autumn, Winter and Spring was spent down on the south coast of New South Wales; chasing swells and exploring the coastal beauty between Shellharbour to Narooma. As a soul surfer I tend to chase swells where I know there will be minimal crowds and maximum wave counts, it was an amazing few months down south and really gave my soul the recharge after a long slog on the events train.
I have become very fond of the South Coast and it very much holds a place in my heart.

This time last year I had just finished working four festivals back-to-back and polished off close to 400 hundred hours of work in just over a month. I had a well needed short break amongst a few bits and pieces before the contract for Parramatta City Councils New Years Eve celebrations began. I had just secured a house in Camperdown for the next two months as I had been living the nomad life in my wagon and was now surrounded by human traffic and exhaust fumes. I don't do the city life too well.

The complete devastation from the last week of 2019 changed me as a person and I don't think I will ever forget or even forgive myself for not being able to help more. It is pretty much the only time that I have paid attention to the mainstream media, and I was glued to the television in a state of deep sadness and complete frustration and watching so much chaos reign, It's very much still ingrained into my mind and maybe that's why I'm writing this blog right now, I've been meaning to do it for some time.

Unknown to most, this is where the fire in my belly reignited for Australian Sup Life as I felt our community needed to be represented past the quick instant gratification of social media: in which I find a little bit self-indulgent at the best of times. I wanted to create something that is tangible and holds a certain identity and history. a breath of fresh air amongst the thick smoke! And it came to me that a BOOK is what I wanted to bring to life.

What a difference a year makes.This summer I'm located in Blueys Beach on the New South Wales Mid North Coast working at a friend's gelato van, and although I am earning not much compared to what I usually would be at this time of year, I'm extremely lucky and privileged. I often remind myself that there are so many people in a way worse position than I find myself. Often great opportunity comes out of difficult times.

"A Summers Past." started by AusSupLife