Hi. I would love some recommendations for an inflatable SUP which can be used for easy grade rapids but also cruising on flat water and surfing small waves. I`m moving to the Bellingen area next year and would love to have a go at rapids on the bellinger river.

I have an older (2013?) Red 10'8" board that I use for everything, and I've done a lot of whitewater on it. It's not optimized for whitewater cause there's not a lot of rocker and it's got molded fins you can't switch out, but it's also decent on flatwater. My friend has an NRS whitewater board that looks more fun on the waves, but it's very noticeably slower on flatwater. We did an overnight trip together with ~10 class III rapids (dunno if our system in US is used elsewhere), and we both did fine, but we're just running the wave trains, not trying to surf holes and stuff like that (boards in my profile picture). So you could go either way and be good, just a matter of whether you want better flatwater or whitewater performance.

If you plan to do a lot of whitewater on many kinds of rivers, being able to switch fins or having a retractable fin like on the Hala Atcha is important. I've had some brutal wipe-outs catching my fin, dislocated a shoulder on one, broke a fly rod on another. I'm gonna try to put the NRS fin box on my Red board once it's back in stock.

My friend has the Starboard whitewater SUP and does some serious rivers on it, lots of class IV. He likes it but it's just fallen apart, but I think after pretty heavy use. The Reds are crazy durable, we have a 10-6 in good shape that I think is from 2012 and I've taken bad care of it. The molded fins are a bummer though.

I'd recommend a quick release leash to snap to a metal ring on your life jacket, don't put an ankle leash on. Or if you're with friends you can just skip a leash and probably be fine. We've had a few deaths where I live over the last few years from people getting leash wrapped in wood on rivers.

Thanks so much for that info. Its very helpful. I guesss theres no such thing as an all round board which can be used in whitewater, flatwater and the surf. I`ve never owned an inflateable board and with this pandemic I cant even talk to anyone in a shop or trial one on water. I`ll just have to wait I guess. All the best. stay safe 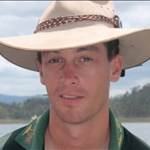 so i do whitewater here in NSW. i use the badfish rivershred and have tried a few other brands.its very hard to get most boards atm as inflatable sups have been selling out and to get a whitewater board in Australia is very difficult.the Bellinger is pretty fun. Hala is the other eay but my paddle mate in Cairns runs hala and no international suppprt and very hard to get. plus very expensive.. i have to get more boards from badfish soon so can try help you there . the main areas i run are nymbodia and mann and Clarence to train. unfortunately not too many other options suitable.