Would a 725 front wing make my IQ foil more controllable in strong breeze? I find I get overpowered very easily above 18 knots of breeze, no matter what shim I use. I'm on a Starboard Foil 147 and have a 6.6 and a 4.5. 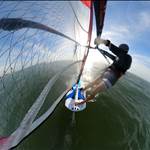 Select to expand quote
dohertpk said..
Would a 725 front wing make my IQ foil more controllable in strong breeze? I find I get overpowered very easily above 18 knots of breeze, no matter what shim I use. I'm on a Starboard Foil 147 and have a 6.6 and a 4.5.

Hmm I've found the 650 and 725 easier to deal with when it picks up, but that board looks to be quite wide. I don't like the feel of the sails <7.0 or so on the IQFoil board but it has a wider tail. Looks like yours has a narrower tail.

One of the guys here is fairly light and he likes a 3 cam 6.0 or smaller on a 75cm wide foil board with the 725. But, he's also running the 105+ fuse which also makes life much easier for reaching and not going hard up/downwind. 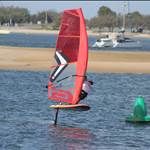 Select to expand quote
dohertpk said..
Would a 725 front wing make my IQ foil more controllable in strong breeze? I find I get overpowered very easily above 18 knots of breeze, no matter what shim I use. I'm on a Starboard Foil 147 and have a 6.6 and a 4.5. 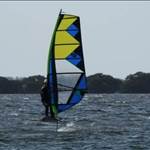 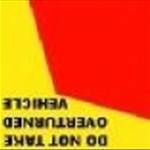 Really depends what fuse you're using. I've tried the 800 on the 115+ (normally on the 900 wing) hoping to remove some lift from the scenario. It did nothing to help remove the sketchy moments down breeze, if anything it made them worse, because the foil reacts quicker to rider input. It took nothing away but some bottom end lift when the wind dropped.


I would think you'll get the same from the 725 wing. Unless youre using the shorter fuse

Regardless of wing or fuse or board or whatever, you have to determine what your geometry is. Measure it. See the youtube below. I am guessing the IQfoil on the SB 147 sets the wing quite far forward such that you can't keep the nose down when your board speed picks up. Is this what you mean by "overpowered"? The SB 147 has a freeride geometry, while the IQfoil has a more race-oriented geometry.

A friend of mine here has a SB 147 with SAB 790 and 900 fuse (freeride geometry foil), and he has zero problems in winds all the way up to 30 kts with a 2.8 sail. The wing is at the midpoint between his footstraps.

If your front wing is too far forward of the mid point between your front and back feet (footstraps or strapless), you will have this problem. 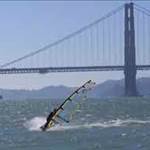 I posted my configurations w/ the IQ system on another thread, FWIW:

So for easy free riding, I have Ezzy Hydras and use the GTR configuration 800/95+/330 w/ -1.0 shim. This works well for all around reaching in the 12-25 knot range with 4.0-7.0 Hydra. I also use these sails w GTR configuration when its gusty or up 'n down as its easier to manage the sail, or when I just want to relax and cruise.

For speed and free race applications, I have Point 7 F1 foil slalom sails in 6.7 and 7.7

These configurations combined with a foil specific race sail are really fast and fun for me. The race configurations are probably 2-5 knots faster than the GTR/Ezzy combos. I feel like it is very close to my fin speeds (don't really know, don't have a GPS yet) but against fin sailors I know I am competitive reaching and over a course as long as I fly my jibes I can pull ahead easily. The race sails are bigger and heavier obviously but in some ways using a more efficient and faster foil is easier as its easier to transfer power to the foil and just go faster rather than opening the sail and having to move your body. It feels more like traditional windsurfing than using low aspect foil w/ tiny soft sails. 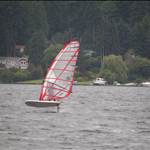 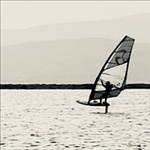 Best be carefull combining the long fuses with a (too) large stab : there where some reports where the (black) fuselage got bent by heavy riders. Maybe the 115+ is stronger ?

It's long overdue that SB should publish a comprehensive table like this one to guide their customers .:

Beware, the 330 stab is not recommended by SB for the 105 or 115. I think the extra force back there can snap the fuse.
Please Register, or Login first...