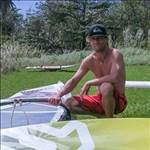 Hi my friends, first I have to say good luck with your terrible fire conditions! It's a big big disaster. So sad! I wish it won't be too bad...
I wish everybody an happy 2020. I made a video clip today from yesterday. My friend Greg and me we went sailing on snow Greg had a old wing and i did use my windski. We had fun as usual and we were wondering how it would have been with a Duotone Wing? I guess it's super fun on snow! Whatsoever, we could enjoy this happy moment here!
Happy 2020 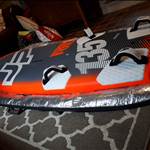 Very cool, what wing are you using?
I've seen your previous videos using a snowboard+windsurf sail. Which one is harder to stay up wind on, the snowboard+sail or snowboard+wing?

Hi Can17. The hardest discipline between the windski, the kitewing and the last version of a wing, like the Duotone wing is for sure the windski. The windski ask more time to get use to it. The Kitewing made with a metal structure and a sail is easier to use then the windski. It could easily be use whitout to much knowledge.

The snowboard with a sail is also hard to practice, it takes some time to get use to it too, like the windski. To go upwind, the windski is better, but between the snowboard and the wing, the wing is easier and better to go upwind.

Now, I need to try a new wing. I would like to try the Duotone sail, it seem the one to try for the snow.

Is it going to go upwind easier? What about time to get planning, witch one is faster?

A friend of mine was suppose to come today to test it but he can't, so I will have to test that only in march after Costa Rica...

I will come back with those answer as soon as possible!

My friend Greg said the kitewing goes upwind easier then the windsnow. A lot easier he said.

The Wing Sail should be very friendly to use, super fast to rig and go play on the wind!!

Can't wait to try! I am going for another session with Greg, right now, whitout Vincent the Duotone REP. 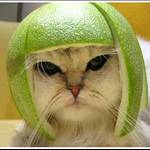