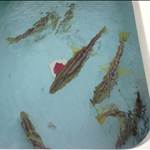 1. President's Report
Items from the last meeting were
a) Glen M is further along the path to install a payment gateway on the WNSW website (this has been an agenda item since November 2019). He is looking to have a similar look as the GPSTC website. Glen needs to know the payment protocols & permutations for each class to program. He will do program notes for the code he writes so others can understand the process.
b) The WNSW affiliation agreements will be sent out tomorrow.
2. Richie reported from the AWA. Ian Fox has reported that the current insurance underwriter decided not to continue coverage. AWA have a new insurer "Trident Insurance" that will provide coverage on better terms and with similar costs. He expects that the policy will be active by 1 July 2020.
3. There was a short discussion about whether the club affiliation fees are relevant and what is the best model for WNSW going forward. Given that the new sailing insurance year starts soon, it was decided not to change now but to review the WNSW constitution and processes and present a paper for consideration and discussion by the committee at a later date. (1)
4. Adam C has scheduled the AGM for the Stormriders club on the 21st of July. He will be retiring as President & is not renominating. Numbers have fallen and there are currently 8 members. The club has significant assets but money is required to keep the yellow trailer on the road.
5. Lissa reported that DAC winter sailing is still being worked on. (2) Winter sailing resumed at Woollahra sailing club last Sunday and the second round of the RPAYCwinter series is this Sunday.
6. Al Haynes reported on the windsurfer class racing calendar. Windsurfer States will be held at Toronto on the 14th & 15th of November. The Toronto club is looking at $20/head/day to run the event. There is still no confirmation of the windsurfer one design nationals in Victoria on Australia Day 2021 but it is looking more likely than not, subject to the new clubhouse being completed.
7. Murray & Byron reported on the GPS sailing calendar. They have been talking to Glen to ensure that there are no clashes between foiling & GPSTC. They will go Myall lakes for the states on the 4,5 & 6th of December. Further details can be found www.windsurfingnsw.com/calendar/
8. Glen M reported on the Foiling calendar. It is largely complete.
9. Lissa M reported on the Raceboard calendar. It is largely complete.
10. John Doolan reported that there are only a few sailing through winter at Saratoga Club.
11. KS reported on St George and as Treasurer. Keith noted that demolition is continuing at St George and & that WNSW is well funded.
12. Lissa reported on the risk management agreement. The major changes were on the PFD part of the agreement. Lissa explained the details.
13. The WNSW AGM date is the Monday 20th of July at 7pm, which will be held at DAC. The notice of meeting will be sent by 7th of July, 2020. There is demand for the AGM to be a virtual event with the option of attending the meeting in person.
14. Glenn M asked about sailing on Botany Bay. WNSW will be the applicant & lodge the SENS with RMS. Murray T will send to Glen the folder that GPSTC use for seeking SENS permission.
15. The meeting closed at 8.21pm.