Hi All
First post in a while. I'm a Lennox Head/ Ballina based 'born again' windsurfer who gets out whenever there is any wind at all. After a 20 odd year hiatus, I'm back into it with a vengeance. I sail in junky flukey locations, Lake Ainsworth Lennox Head, Richmond River Ballina etc.

I can waterstart, flare gybe, carve gybe (70% success on flat water, wide board), tack on my wide board, duck gybe on light winds on my wide board. I've ocean sailed in Perth with ease and would like to go out at Lennox on very small days. I've surfed for 30 plus years and ride a sup in the surf.

I enjoy the Atomiq as I can use it even when the wind drops down to nothing and love the finer rails. I like the Goya One when it's windy, but find it boxy and 'tippy' when the wind dies. My goal is to improve my gybes on a slightly smaller board, that I could also use in a wide range of winds and also on the ocean - preferably up-haulable if the wind dies. I'd also like to get a board that will plane in even less wind than the Atomiq. My garage is only 240 high so that restricts longer early planing boards.

I am thinking about selling both boards to replace them with a JP Magic Ride 99 or next size up (105?) and a big widey like a JP SLW or RRD superlight wind (yes Jeff, if you are reading this, I'm still banging on about these boards!). My thinking is that I could use the smaller freemove to keep building the gybe skills, but could also use it in small waves even when the wind is hit and miss, I use a sup with similar dims for the same purpose in offshore winds in the surf, hence my thinking. The SLW angle is my greed to make the absolute most of any available wind and get more use out of the big Ezzy Cheetah 8.

I would be very pleased to hear your thoughts. I don't reckon I'll ever be a hard core wave sailor, just recreational float and ride will do me when the surfers and sups get sick of the crumbling waves. I don't mind the idea of B&J, but not sure if the Magic Ride would do this - I know that the One would be perfect for this, but don't want to wind up the misses with yet another board in the garage! I like to sail when others wouldn't bother.

What is the perfect two board quiver for Hungrywave's perplexing circumstances? Or should I just persevere with what I've got and stop worrying about these first world problems!


Thanks for your help. Any diversion from reading about Coronavirus very welcome! 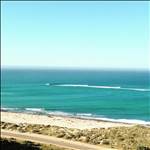 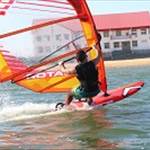 Hi,
both the JP SLW and the JP Magic Ride (Pro) are fantastic boards for early planing and easy gybing. I own both in 2018 models, Magic Ride in 130L. I weigh 80kg, 5'10.
While Starboard makes great boards, the Atomiq has the fame to be rather a lame duck and not easy to plane, so you certainly will experience a big difference.

The SLW works best with a 2-cam sail. 2-cam sails have the huge advantage to have already a perfect shape in low wind and help you planing much earlier. I guess the SLW for your weight would work with the Cheetah to start with, but a good 2-cam freeride/freerace sail like a Severne Turbo GT or NP V8 will allow you to plane with 1-2kn of lower winds. So if you are often surfing in the 10-12kn wind range, it will make difference.

The Magic Ride is the perfect blend of early planing, good performance and easy manoevers and will work fine with your RRD Fire.

Why dont you keep the Goya one as your FSW strong medium wind board, just sell the Atomiq 120 and buy a JP Magic Ride 139L as a light wind board? I guess at your weight, a 165L SLW would not give you much earlier planing compared to a MR 139, but you might struggle with the 92cm wide board. Also your Cheetah sail would fit better to the Magic Ride.

It really depends on your wind conditions. If you experience mostly 10-12kn and want to have the ultimate lightwind gear without foil, go for a SLW and a 2-cam sail to extend your planing time. If you have 12+ kn winds, go for a Magic Ride Pro 139 and use your Cheetah. Keep your Goya for the 16kn+ winds and choppy conditions.

Apart from equipment, pumping your sails is most important to get early planing. Learn to that that if you don't know yet.

Hi, thanks for the advice. There's a couple of benefits with the bigger Magic Ride idea - they're easier to come across than the SLW, should gybe well, and likely to be less expensive than the SLW. Also, I prefer no cam sails, so again, sounds like a good fit. The Goya One doesn't owe me much, but is a bit of a garage sitter to be honest. I'll have to go and check out the bigger Magic Ride boards. Point taken re the Atomiq planning, though a decent fin and a few other tweaks have improved it somewhat. Also, if anyone has used a smaller Magic Ride in small waves, I'd be keen to hear how it goes. I'm only hoping to have a bit of a cruise on small stuff, nothing serious. Thanks again. .

Select to expand quote
Hungrywave said..
Hi, thanks for the advice. There's a couple of benefits with the bigger Magic Ride idea - they're easier to come across than the SLW, should gybe well, and likely to be less expensive than the SLW. Also, I prefer no cam sails, so again, sounds like a good fit. The Goya One doesn't owe me much, but is a bit of a garage sitter to be honest. I'll have to go and check out the bigger Magic Ride boards. Point taken re the Atomiq planning, though a decent fin and a few other tweaks have improved it somewhat. Also, if anyone has used a smaller Magic Ride in small waves, I'd be keen to hear how it goes. I'm only hoping to have a bit of a cruise on small stuff, nothing serious. Thanks again. .

Hi Hungrywave,
the smallest Magic Ride I've used was a 2018 112L. For my 80kg that's about the weight/volume equivalent to your 60kg and 99L.
I used it on rather choppy sea with 20-22 kn and ~1.5m swell. I liked it, easy to handle just as my bigger 130L, and with the magic ride I always have the good sensation that it really flies over the water on the fin when fully powered, and gets even more stable with speed, especially with the footstraps in outer position.

Anyway, the choice of board size really depends on your wind and sea conditions. Generally spoken, buy for the conditions you really have, not for the ones you wish you had :-).
For low winds or gusty winds, take a rather broad board for early planing, and to keep planing through the lulls. Such as the MR 129 or 139.
They are widely available also at rental stations, so maybe you can just try one. Maybe you can find a 2018 or 2019 model cheaper, they didn't change much over the last years.
For higher wind, maybe take the Magic Ride 99 or 109 (again 109 for rather calm waters and gusty winds, or 99 for more choppy conditions and constant high winds).
And think well why your goya is a garage sitter. Too small/narrow for your typical wind conditions? If yes, rather take a magic ride 109 as your smaller or medium wind board.
And if you buy the magic ride, take the pro, not the cheaper ES or FWS. You feel every kg the board is lighter when get to planing, and it feels much stiffer.

Hi Mariachi76
Thanks again for the advice, great to hear that the smaller MR works in the surf. I like the sound of having two of the same board for different conditions (Magic Rides). A side benefit, like having the same model of sail in different sizes is that it won't feel so different moving between boards (which it certainly does at the moment). You are dead right about having gear for the conditions you actually sail in, not want to sail in. I will put some money aside and look for a good second hand board in either size. Cheers.

Late coming aboard.
I have the 150 liter RRD, 118 Magic, and have ridden the 108 Magic several days. Also, both 105 and 115 X-cite rides for years.
Yes, both smaller Magics come close replacing the ONE. The only slight drawback is dropping straight down steeper surf, where the ONE's increased tail rocker and higher nose kick, keeps it's nose out of the water. Pluses include much better top speed and earlier planing, and much better planing jibes for Magics.
The RRD, to me at 73kg's, only planes earlier than the 118 Magic when using a 8 + meter sail. Even with 7.7, it's a toss up and smaller sails show the extra drag of the RRD hurting it's early planing performance.