Hi, I've been looking at one of these boards for a while but can't find one to demo.

I'm looking for a dual purpose board to sup surf, (happy with its dimensions for that) and also to get into wing foiling with. Anyone got experience of? 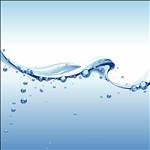 Had the 8 10 JP and worked great as a SUP but felt too long and too heavy with the wing. I am 72kg 1.8m tall and the swing weight of the 8"10 seemed too heavy and too long. I bought a 6"8 96L JP foil board and the whole set up clicked. Water starts no issue and with the same 5m wing it all feels "right".the board is just the foil delivery system so once you are up on foil the board is somewhat irrelevant. 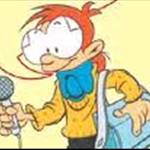 Is it? I'm not sure. Once you start carving hard in waves the board does become more important in my mind. Just open for discussion I'm not discounting what you said by the way. 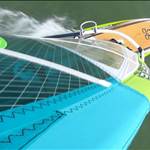 Dingfix, I was tossing up between the wave slate and the Smik Mongrel. Ended up with the Mongrel (8'8") and am absolutely loving it. Great for SUP. Windsurfed it too and it's great in pump and ride light conditions. Have wingfoiled it as well and it was superb to learn on. Really stable platform.

I'll just add to that. The bigger size, length and volume makes it easier to learn on. The swing weight is slightly down on my smaller Naish 6ft board, but I don't feel it's a significant factor as you can still turn the board easily. There's maybe 1-2 kg difference between the boards which I feel isn't making one board significantly harder to turn. I think the Mongrel is easy to turn and the Naish is very easy to turn. Others with more skill may disagree and I would not argue with them.
The biggest factor to some degree I think is the 'stickiness' factor when trying to get flying. Bigger surface area will stick more and will be a bit harder to get everything off the water surface to get flying. 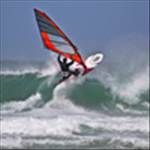 I tried the waveslate 8.2 and that is with my 188cm x95kg+wettie a really nice and stable board to sup in the waves. Unless you are waay bigger and or heavier I can,t imagine you want a bigger board.
A friend of me uses the same board for wingding and likes it as well although he flies a lot later as the rest with dedicated 110l foilboards around the 5.8/6ft mark. 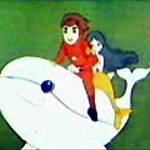 I've got the Naish Hover 7'6" and 120 litres.
It's basically a 4 in 1 board.
I've learned to wing ding on it in the last few months and found it really easy to progress on and complete my first foil jibes.
The swing weight is reduced by having the foil base ALL the way forward for wing dinging.
This makes it feel and behave a lot smaller than it looks, which is great for dinging, but has the stability and flotation to slog back safely if the wind cuts out.

For wind foiling you need to put the foil to the back of the tracks to ensure it's not too 'twitchy' and its foot straps and sail mast base are well placed for wind foiling.

It is designed to be a regular sup (as a quad fin) and I think its shape would be great for sup foiling too, but I have not tried it in this mode yet.
I'm 85kg and using an Axis foil set up.

In the vid below doesn't show it as a Wing Ding board, but I have been loving it for this mode.

I reckon the Smik Mongrel and the Fanatic Bee would be pretty similar and would recommend them for someone wanting to try all modes and have the security and ease that comes with a larger board.

I forgot to mention, but the reason for my post above, is that I agree with Southwind and Windbot in that 8'10" is too long for Winging and is unnecessary, because there are good Sup foil boards that are purpose built, significantly shorter and do both disciplines well.

Bondalucci, yeah I hear what you're saying. The thing about the Mongrel for me is that the waves at my local spot are often small and mushy. In many cases the Mongrel has JUST enough length and volume to catch them if I want to SUP it - no foil. If I went smaller there'd be lots of days of no supping. If it's bigger surf, the mongrel still copes well. For beginner wingdinging it's a top board. For advanced, well it's probably not ideal.
I guess it depends on what digfix intends to use it for and conditions.

Thanks for all the input. I'm going to go for purpose specific boards rather than one which might do it all. So I'll stick with the surf sups I have and look for a foilboard that is under 7'

thinking of the old saying "Jack of all trades, master of none".