The 2.8 Million Dollar Marlin. Or is it? 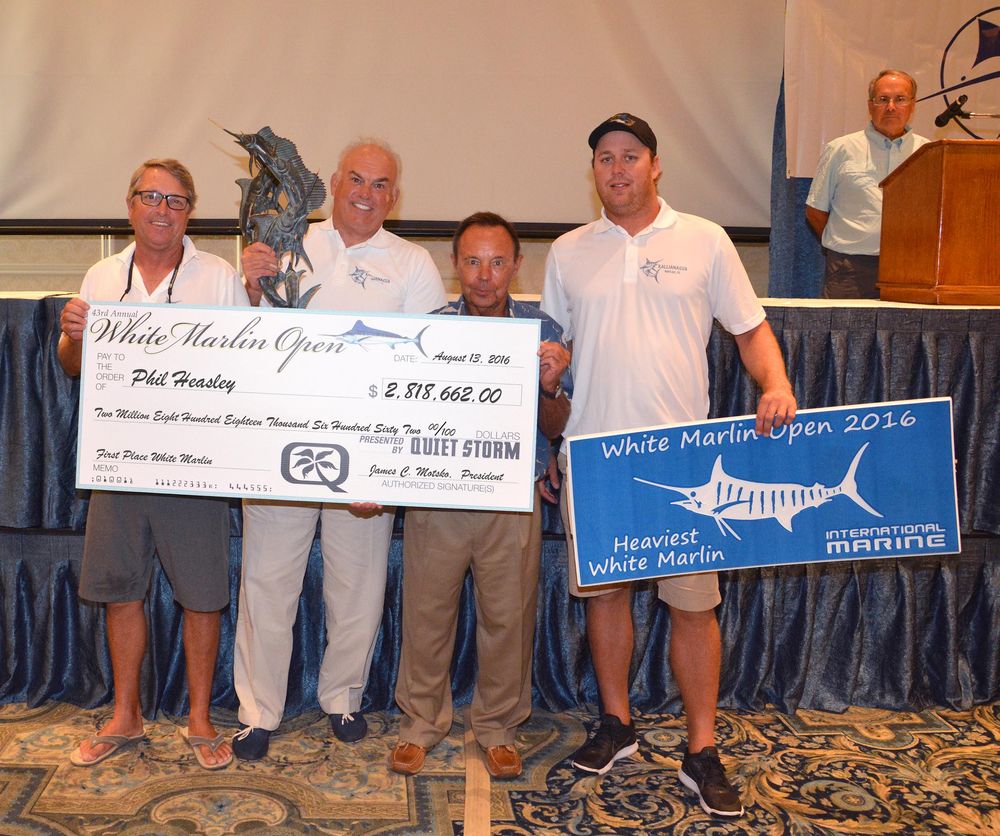 The stakes are high when it comes to fishing in the USA, with huge prize pools and sponsorships and deals being done on the basis of comp results, it really is a different world compared to the competitive fishing scene here in Australia.

But this week the crew from Kallianassa, aren't out buying new cars and fancy fishing gear. They're on the phone to their lawyers, about the upcoming court case deciding whether or not the $2.8 million prize purse from the White Marlin Open will be deposited into their bank account! Catching the only White Marlin in the competition window, the crew from Kallianassa were obviously stoked when they were presented with a novelty cheque for nearly 3 mil. Their attitude quickly changed however, when allegations emerged that they had their lines in the water well before they should have.

That of course, is breaking the rules; and if they're found to have done so - will lose the title to the largest prize in fishing history&hellip;

While they sort that out over in the land of litigation - Imagine if fishing tournaments fetched prize pools of nearly three million bucks here in Australia!