The Greyhound Debate, and what it means for Fishing. 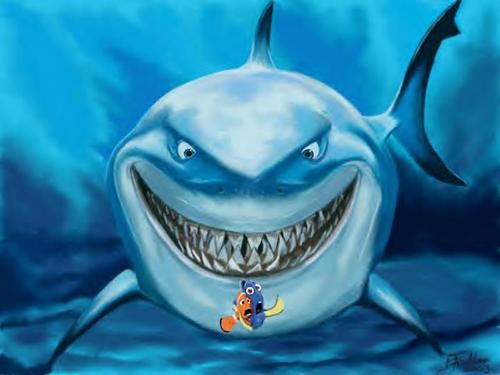 Fish, are friends! Not Food... Or for Sport...
Unless you've been living in your tinnie for the last few months, you've probably heard about the debate that's raging about banning greyhound racing. What's that got to do with fishing you ask? Well, according to some, quite a lot!

It's all got to do with animal cruelty activists, who are passionately campaigning against sports that infringe the rights of animals or cause them physical pain. Greyhound racing is the latest target, and despite having the financial backing of Australia's big betting agencies behind them, look to have lost the fight. So what's next?

Mike O'Shaughnessy, an Animal Rights Activist has likened recreational fishing to baiting and hooking magpies, saying; "There needs to be a cultural shift in views about how much pain was felt by fish, even when caught and then released. They are treated like floating vegetables at the moment," he said in a recent interview with a newspaper in the Central NSW region. "When you understand that they do feel pain and have complex lives and memories and work cooperatively to hunt you can see they are just like any other animal."

Along with the obvious cultural and recreational impact a ban on recreational fishing would cause. It would devastate the industry, one which supports regional towns throughout Australia and provides millions of anglers enjoyment each year. The scary thing is, what power would the recreational fishing industry have against a move like this, if the betting agencies couldn't stop a ban on Greyhound Racing?

What do you think about animal rights and the sport of fishing? Join the conversation in the General Forums right here.