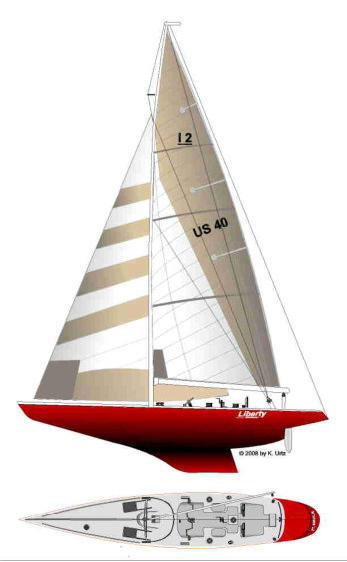 New York's last challenger, Liberty (which lost to Australia II)
It's been 34 years since the trophy cabinet in the New York Yacht Club held the Auld Mug, but they're hoping that in three years time, that dusty spot will be filled again. (Unless Australia snatches it from them again!)

The two men behind the campaign are Hap Fauth and Doug DeVos, both well versed in fast monohulls and big business.

Fauth, President of 'the Churchill Companies' (which is into lots of things, investment banking through Churchill Equity being their primary one) also owns the 72 ft racer 'Bella Mente'. Considering the Americas Cup is to be designated the AC75, at 75ft long, his experience with Bella Mente is going to be very (very!) relevant.

DeVos, President of the US Marketing company 'Amway', is the bloke behind Team Quantum Racing, one of the fastest TP52 on the circuit right now.

Together, they hope to build, race and win in New Zealand, in what will be the first Monohull to race in the Americas Cup since 2007. Right now they're deep into the design phase, with the class rules expected to be released in early 2018 and key design points being handed out even earlier on the 30th November. Until then, we're left guessing about what their boat will look like, all we know, is that it will be fast!

"The America's Cup is sailing's most complex challenge," says Fauth. "Winning takes a complete team effort, and I've always found tremendous satisfaction in bringing together a group of individuals in pursuit of one goal. With a return to a more traditional style of yacht and the windward-leeward courses with which the vast majority of racing sailors are intimately familiar, the 36th America's Cup represents a unique opportunity to re-engage the grass roots of the sport and re-energize American sailing. A lot of what we've built with the Bella Mente program, and what Doug and his team have created with Quantum Racing, will go into the foundation of this campaign. But there's still a tremendous amount of work to do over the next three-plus years. I'm excited to get started."

More to come on the rest of the contenders, when official entries open on the 1st January 2018. Already Land Rover BAR (Great Britain) and Groupama Team France have expressed their intention to challenge for the cup. 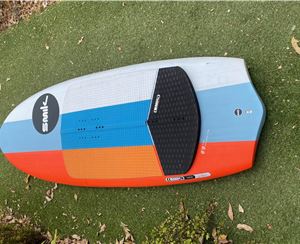 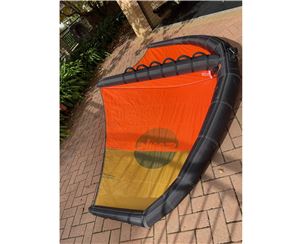 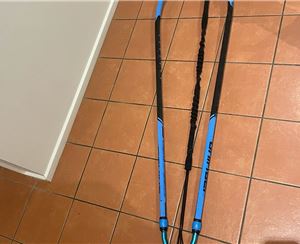