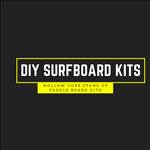 the mistral pacifico is a stand up paddle board with the added bonus of being able to attach a sail, and foot straps, i was on the 11'4" and i think its about 200ltrs. i didnt have foot straps attached but personally i dont think you need it.

the pacifico on flat water is brilliant for just plaining around doing long upwind runs and practicing gybes and tacks. for me it was my first proper time out in 7 weeks after a windsurfing related incident so i didnt want to take it too hard at first, so for the first hour or so i was sticking in the bay.
the volume of the board is so great it is almost impossible to fall off, this making it perfect for practice of those tacks and gybes what you need for any form of sailing, i was suprized today at the amount i pulled off, sucesfull tack persentage rate was ~ 95% gybes 85% helitacks 50% and duck gybes around 4 succesfull for unknown amount of attempts.

i was very suprised at the speed that i gained on the board just because it is so big, with out foot straps i was keeping up with alot of the short board riders and was often going faster because the wind was dropping in and out all day and the board just glides through the water, meaning i could keep on the plain the tack takes little bit of work because there is so much resistance against the board from the water, but its not tooo bad, and the gybe is surprisingly tight,

as i got more confident i went out to main break wich really put the board to the test. at first i made the mistake of going strait to the 'break' point and with a 11'4 board plaining is not a good idea because the board acts like a katapult flinging me mtrs into the air while the rig only goes 30 cms high. but i brushed off of that one and whent strait out the the big ocean rollers, the boards nose did not dig in once wich i found very amazing again because the swell i was on was head high at stages and mostly shoulder hight the drop in on the the ocean swell was quite easy the boards bottom turn was nice and neat (and tight) but to get back on the wave it was like i had to drop in again. the board just rides the waves across and once one wave runs out it is picked up by another instantly making it one long run back in.

when i starting seeing that the board could mannage the conditions fine, i went closer to the reef and started catching the faster breaking waves, it was good fun the board kept the line first but it was a bit too much to ask it to do tigh turns.

- alot of resistance
- hard to keep off rails
- a bit too wide for purly sailing,
- only a 28cm fin not allowing the bigger sails(7.5 up)

a great board for both paddle boarding and sailing but can be a bit of a work out when not very powerd up. 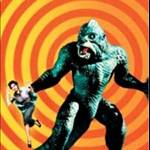 I have found the Pacifico to be a very versatile board for flat water paddling and sailing.

A larger fin and footstraps increase its use and I have had it out in all sorts of conditions including 30knts plus on a couple of separate occasions.

I also mostly use SuperFreak sails with it although top speed (24.5knts) was attained with a NP Saber. (23.8 with a SF 5.5). Also surprised by how well it gybes for a large board.

Great to paddle in flat water although can't comment about its ability in surf.