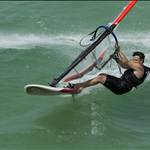 I bought a Windtech 64 in December last year, and after sailing the board for a couple of months I provided a review for the Windtech website, which I have reproduced here. Full disclosure: I did received a Team Rider discount on the board, but in all honesty that has not coloured my review. I wouldn't be posting on Seabreeze if it was BS!

Thoughts on the Windtech Silver Bullet 64.
A little bit about myself.I'm a middle-aged weekend warrior, around 100kg, just over six foot and a reasonably competent sailor. I like to go fast, I compete in the GPS Teams Challenge, and I do a bit of racing at Safety Bay and up the coast at Lancelin, Cervantes and Leeman. I love sailing on the ocean, and I prefer the challenge of sending it in open water to sailing uber flat speed strips.
I bought the Windtech 64 to replace a more traditional slalom shape in the same volume. I was looking for a board that was fast, and capable of high speeds on flat water, but also comfortable in rough choppy conditions, and able to sail downwind in following seas and swell, without fear of crashing.
My previous board certainly ticked the first box, but the flat slalom rocker meant that she was a difficult board to sail in rough seas, and if I went deep off the wind, which is often required in the ocean marathons we sail in WA at Lancelin and Leeman, then the prospect of a high speed nose dive into the back of a wave became a real possibility.
The generous nose rocker of the Silver Bullet means this is unlikely to happen, even in big following seas. I have tested the board in these sorts of conditions in 25-30K off Cottesloe, and similar strength wind at the Cervantes Challenge earlier this year. In both cases I was only limited by my fear! The 64 was willing to go anywhere, and even when it got super gnarly the board was well behaved in manic chop.
At the lower end I have sailed the board in 16-17 knots with a 7.6, and I found that despite the comparably narrower width (my previous board was 68 wide), I could coax her on to the plane simply by bearing off on a swell and allowing the generous length to do the work.
Upwind the board is a revelation, and even with a weed fin I find myself sailing upwind angles that were unattainable on my previous board. The generous volume underfoot, and the domed deck where your back foot rests, allows a very comfortable sailing stance upwind (I often sail upwind with my back foot forward of the rear strap, and the dome of the deck means you can exert plenty of pressure on the fin without being in the rear strap).
Gybing: well gybing, particularly in choppy conditions, is a delight on the 64. I find that she tracks really well through the bearaway, carries speed through the arc, and rarely stalls mid-turn, unless I'm really under-powered. In GPS parlance I have been consistently getting 22-23K alphas in choppy conditions at Pelican Point, with a best so far of 23.5K. Gybing in open water at Cervantes and offshore at Cottesloe my success rate is much higher than on my previous board.
Top speed so far is 36.9K, also at Peli on a windy, but choppy, day. I haven't had the opportunity to really send it on flatter water yet, but I have no doubt she is capable of high 30s, and I hope to crack a 40K peak in the right conditions.
There is however one defining characteristic of a great board, they are fun to sail and you don't want to stop! I regularly sail the 64 for two hours uninterrupted, and even in choppy conditions the board is so comfortable that I just want to keep sailing.
So if you're looking for a fast, versatile board, that is super-fun, but not overly technical to ride, the Silver Bullet is a no-brainer. Ask Neil for a demo, but be prepared, because you won't want to give it back. 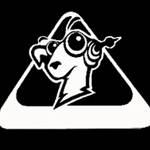 What was that previous board, that was difficult in rough water, technical upwind and a pig to jibe?

Just a note on the discount Pointman refers to, a team discount is available for GPSTC team riders. Price on application via WindTech website @ windtechwindsurfing.com

In case anyone is looking to get a 64, new stock will be arriving in a few weeks (and limited stock of the 57 and 72 models)

Select to expand quote
Yves said..
What was that previous board, that was difficult in rough water, technical upwind and a pig to jibe?

You must be reading a different review, because I can't seen where I've stated that my previous board was technical upwind or a pig to jibe. Yes it was difficult in rough water because of the flat rocker.

I'd prefer not to disclose the brand, because it's not relevant to the review of the Windtech, and my intention was not to trash another brand. Suffice to say it could have been any number of the mainstream brands that produce typical PWA-style slalom boards.
Please Register, or Login first...