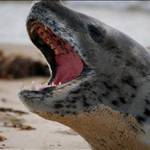 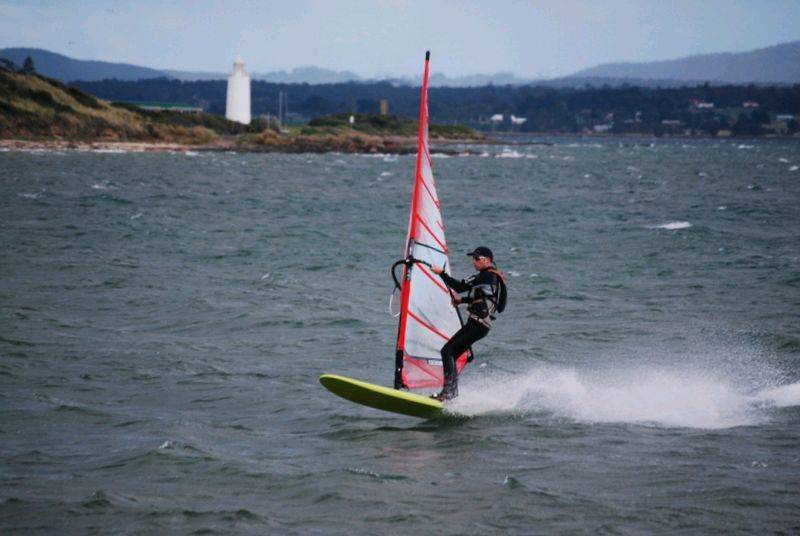 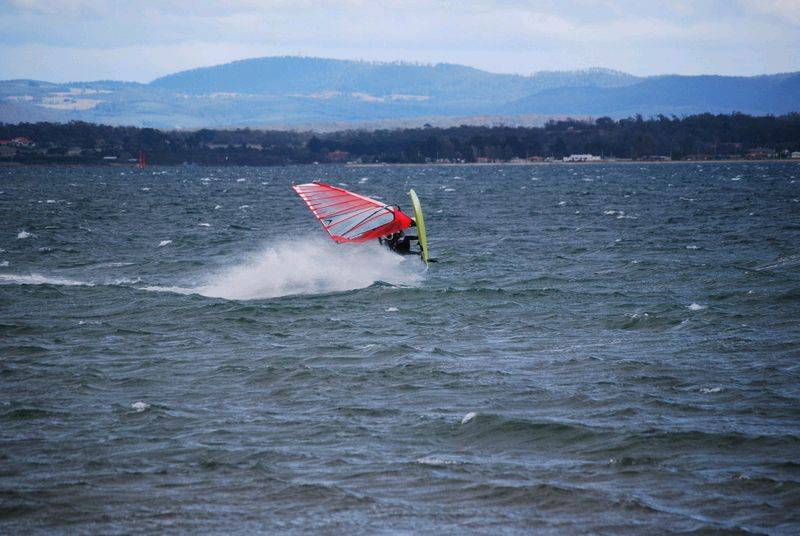 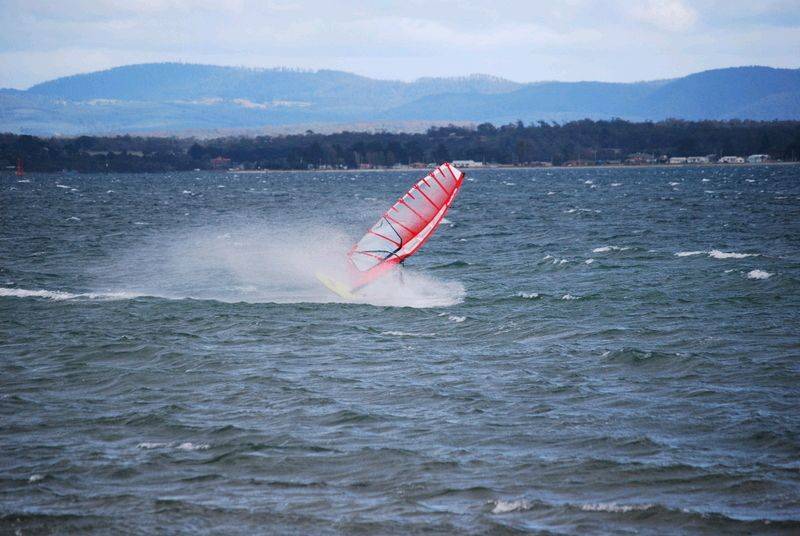 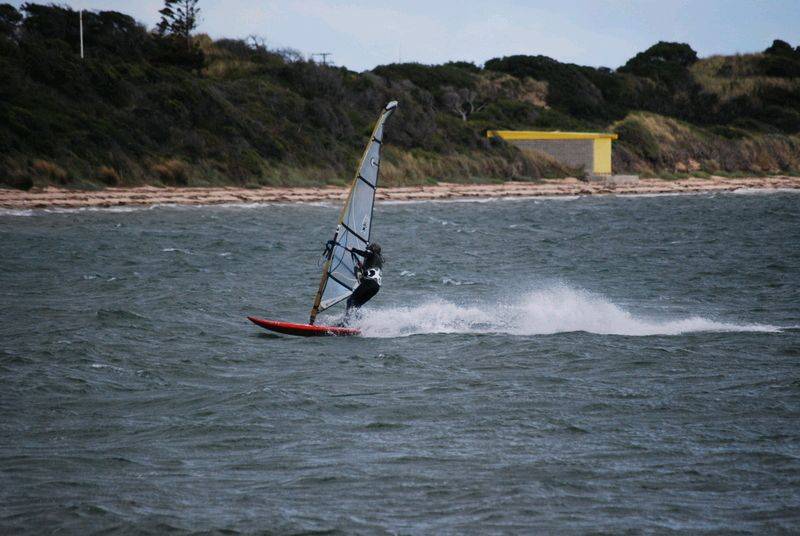 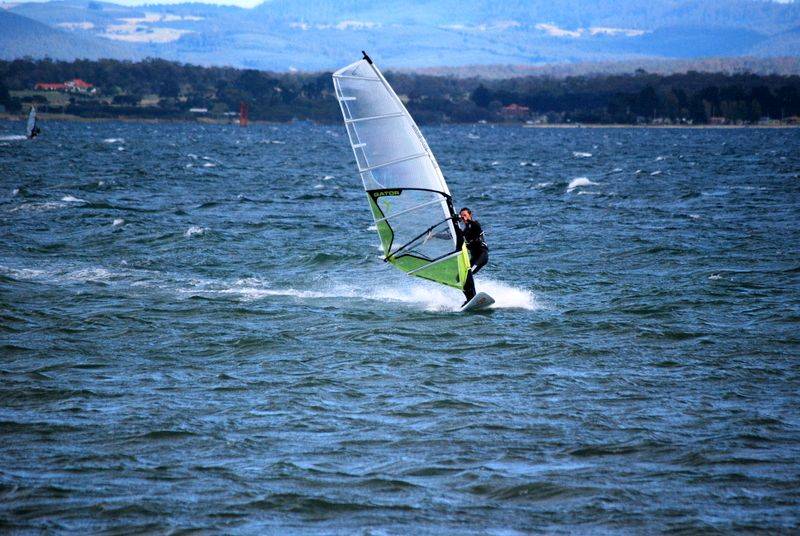 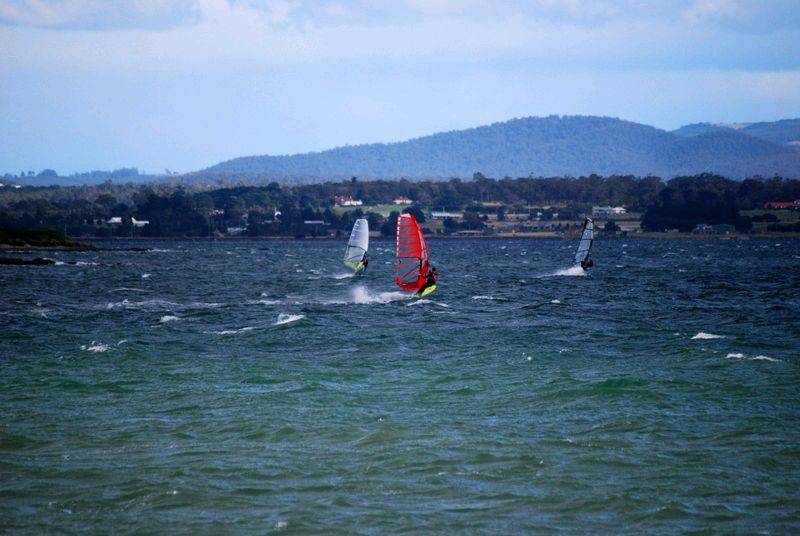 Arrived at Lagoon beach on Sunday expecting 25-30 KT southwesterly only to find that there was a temporary lull happening (not unusual in the frontal conditions when the wind can cycle through to 30 knots and back down to ten or five knots a dozen times during the day. Still it was an opportunity to chat to Geoff and Jason who had arrived earlier and watch a kitesurfer struggle to make any distance away from the beach in the light onshore conditions. It was also an opportunity to admire Jason’s latest creation, a custom carbon speed board which looked awesome.


Pretty soon our attention was drawn back to the beach as the kitesurfer raced back towards us only a few meters from the beach, demonstrating the ability of kiteboards to operate in very shallow water and then the ability to operate on the sand as he raced up the beach and into the shrubbery, losing his edge at the last minute and disappearing head first. Fortunately he reappeared quite quickly apparently without injury. It was damn funny; I almost fell over laughing then almost immediately felt guilty about laughing at his misfortune, though, in my defense if someone had windsurfed up the beach and into the shrubbery I would have laughed a lot too.


Much later as I stood on the beach taking photos of the action as Jason Geoff and Gill ripped back and forth in the freshening 20kt conditions an older dude stopped to chat to me asking a few questions about windsurfing, I definitely got the impression that he had either tried it once or had seen quite a few windsurfers in action. He then started to tell me about kitesurfing, how fantastic it looked, had I ever tried it? How it was so much better and easier than windsurfing (shrubbery guy had disappeared by this time), how windsurfing would be a much better sport if we adopted a more kite like rig, how windsurfers fell in the water far to much, how kites were much more maneuverable, he seemed very, very knowledgeable. I was very tempted to launch into some sort of defense of windsurfing and a description of dangers and drawbacks of kiting, but what the hell, I still felt a little guilty about laughing about shrubbery guy, diving into the dunes like that could definitely have had Buffy the Vampire Slayer consequences and I don’t go round at Christmas time telling kids there is no Santa. He seemed so confident in his beliefs there seemed to be little chance that I would change his mind anyway.


Later in the day I rigged up at the surf beach and enjoyed the smoking cross off conditions that have been so rare this summer. Sure the wind was still cycling through its 5 to 30 knot band and I only had a few mal and boogie riders to share the 2 to 3 foot waves with but it was still unbelievably good fun. 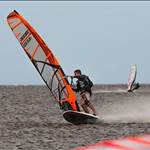 Al,
Good story and good pics. I want to make some t-shirts that say, "YES, I HAVE TRIED KITESURFING, AND NO, IT IS NOT AS HARD OR EXCITING AS WINDSURFING"

PS -Good to see the tassie forum being used. 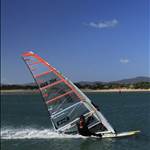 Thanks, it was great to be in the water (the water temperature is still around 20C, though that's not going to last), the wind has been a little fickle this year unlike QLD which seems to be getting its share of wind and waves. 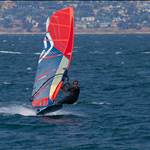 How's that board feel Jason, be nice to see some close up pics!! What volume is it?