"I knew there was potential to windsurf it, I could see the wind on the outside." Pic: Daniel Bardos/Red Bull Content Pool
If anyone can pull off a solid triple mast high wave at Nazar?, it's Jason Polakow. He's the undisputed big wave master of the sport right now, having spent the first half of the big wave season on Maui, waiting for Jaws to break.

His patience was rewarded too, with several huge days making the headlines in the surfing community, a gnarly wipeout that made the kiteboarding circles cringe, and drops that had the stand up paddlers standing to attention. But maybe it got a little crowded, maybe JP noticed a solid forecast brewing in the Atlantic.

Whatever it was, something made him get on a jet with a few of his boards and a small quiver of sails, to windsurf a break that every big wave surfer has on their radar - and he scored it all to himself. Climbing down the sketchy cliffs to a waiting jet-ski, just getting to the spot is no easy task, then there's the matter of surfing the triple mast high waves! Nazar? cops the brunt of any big storm that rolls by the North Atlantic, and this one was a pearler. It was too big to even sail out the back, (hence the jetski), so with the help of a mate, Jason got a few solid waves in before breaking his mast, and subsequently washed into the rocks.

"The first time I saw the video of Garrett, (the first surfer to put Nazar? on the map) I knew there was potential to windsurf it," says Jason. "I could see the wind on the outside. But it took a few years to get here and get the conditions lined up right."

Check out the video of his best waves below, when Jason Polakow became the first windsurfer to sail the big wave spot Nazar? in Portugal.. 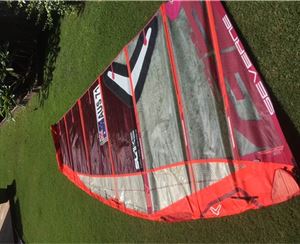 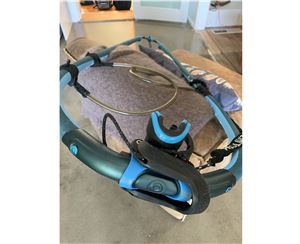 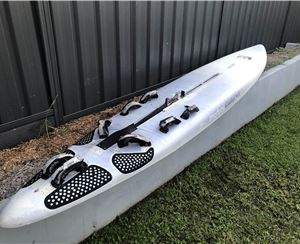