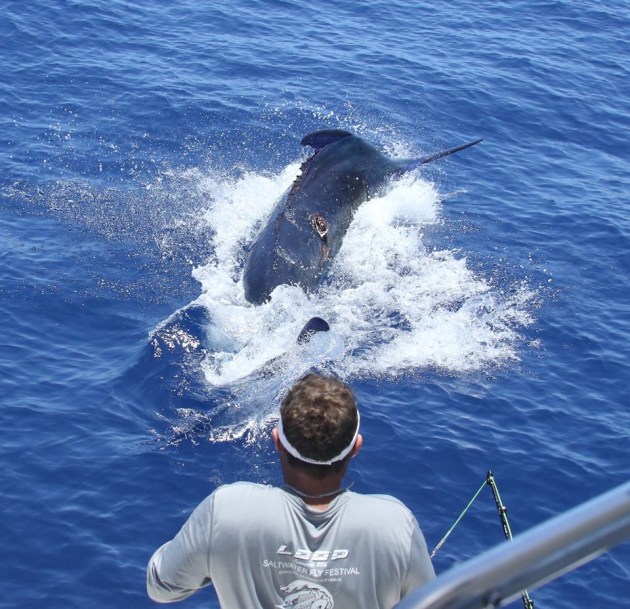 That is one seriously big fish!
Three anglers, a couple of crew left the dock in Exmouth on the 1st January 2018. On their return, they were carrying an extra 1000lb in Marlin, and an Australian record.

"Everyone was poised and ready, and then the star off the season made her entrance, showing her true size." Explained Eddy Lawler, who was on board. "She came trucking in on the lure as if she was picking her line of attack...and boy did she get angry quick with some insane crash bites on the teasers, before she lined up the pitch and absolutely smoked the skipjack tuna."

That began an hour long battle with the fish, and just as Clay had the leader in his hand, and the fish right up alongside the boat, the big girl got her second wind and took off yet again! 3 hours later, she was done, and they hauled her on board and headed for the ramp

With half of Exmouth watching the weighing, it was announced that yes, it was the largest blue Marlin ever to be caught and weighed in Australia! The world record for comparison, weighed over 1300lbs, caught off the coast of Hawaii back in 1982.