Queensland kids to remove 800kg of plastic from the Reef! 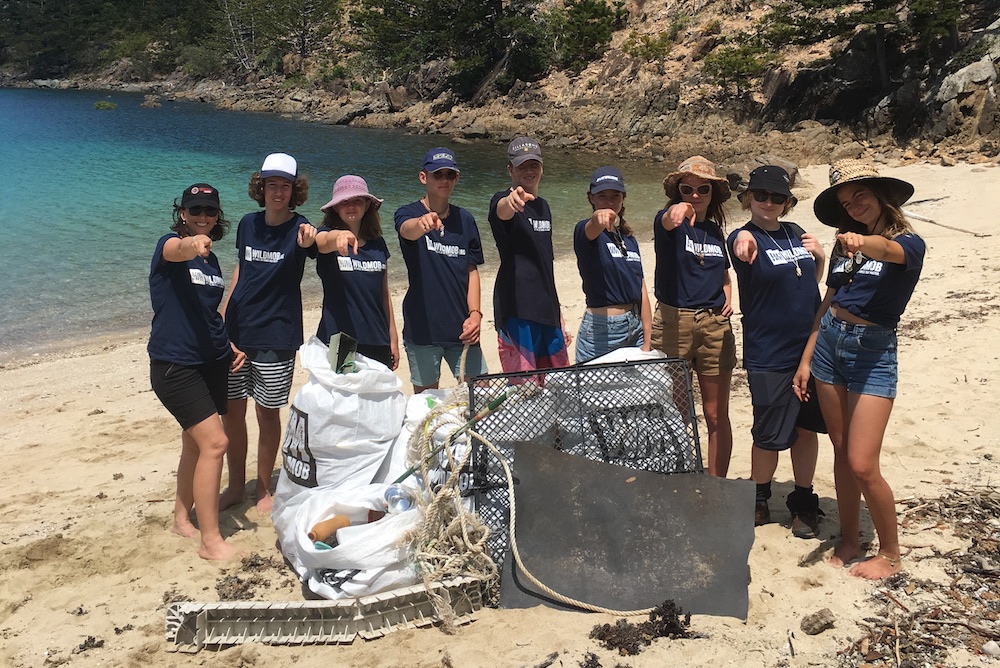 They need your support!
A group of Queensland-based young people have launched a campaign to remove more than 800kg of marine plastic and other debris from the Great Barrier Reef Islands.

The debris, collected by volunteers from conservation not-for-profit Wild Mob over the past 12 months, include more than 40x 150L bags of small plastic items, a tyre, 2 drums of engine oil, an intact portable toilet casing and an aluminium tinny.

The group, known as Wild Mob's Youth Ambassadors, wish to raise awareness about what's really going on in our oceans. And inspire other young people to take action. Their call to arms? Protect the sea, pick up debris! This collection is but a small sample of the 8 million tonnes of debris currently entering the ocean every year. That's 230kg of plastic every second. This is having a devastating effect on marine species, killing around 100,000 marine mammals and turtles worldwide annually.

The Wild Mob Youth Ambassadors are ready to step up and take charge of the conservation challenges being left for the next generation; explains Lawson Schaeffer (age 17) "It has been the greatest possible privilege to have the opportunity to make an impact on the planet, and help reduce the amount of debris in some incredibly fragile ecosystems,"

"The work that we are doing with Wild Mob feels real and authentic; like we are actually making a positive difference to our planet and having a heap of fun at the same time!"

"I'm proud to mentor and walk beside these young people who have the head to understand the issues, willing hands to do the work and most importantly the heart for changing the tide," says Kalindi Brennan, educator and Wild Mob mentor.

The Youth Ambassadors are planning a community event to audit the debris on bringing it back to mainland Mackay. Alongside local community volunteers, they will sort the haul and collect data for Australia's marine debris database Tangaroa Blue.

The event will be held at Mulherin Park at Mackay Harbour on Sunday 17 December 2017, and everyone is welcome to join in!