Over $2m in fines for catching Rock Lobster! 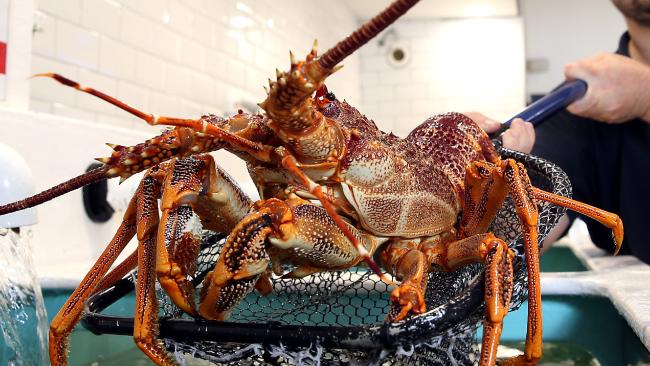 Have you ever enjoyed Lobster at The Lagoon or Seacliff restaurants in Wollongong? Those two seafood resteraunts were just caught up in NSW's largest ever court case, over illegally caught Rock Lobsters.

With an exploitation status of 'Fully Fished', the Eastern Rock Lobster is one of the most desirable shellfish in the world. Found crawling all over the east coast of Australia, these little guys have enjoyed strict bag limits since the 1990's, with harsh penalties for breaking them. Currently fetching over $100 per kilo, with some lobsters found weighing up to 7kg(!), the species still attracts commercial fisherman willing to gamble their livelihoods in the hope that the DPI won't notice.

Not these guys! Pasquale Brancatisano, the former head angler of Lochiel South Pty Ltd, has just been jailed for three years, and fined $326,000 for his part in an illegal fishing scheme running off Wollongong on the NSW coast. Along with him, Seacliffe Functions who own those resteraunts above, who purchased the illegally caught lobsters were fined $398,000, as well as the head chef of the The Lagoon, Emanuel Efstathiadis landing himself $20,000 for his role in negotiating the sale between the restaurant and the fisherman.

Now you know the fines (granted, these were commercial quantities of Lobster), you might be interested in knowing the bag limits for recreational anglers! They're below, or found in this great brochure from the NSW DPI, explaining just why there's such large fines for overfishing Chinatowns favourite shellfish.