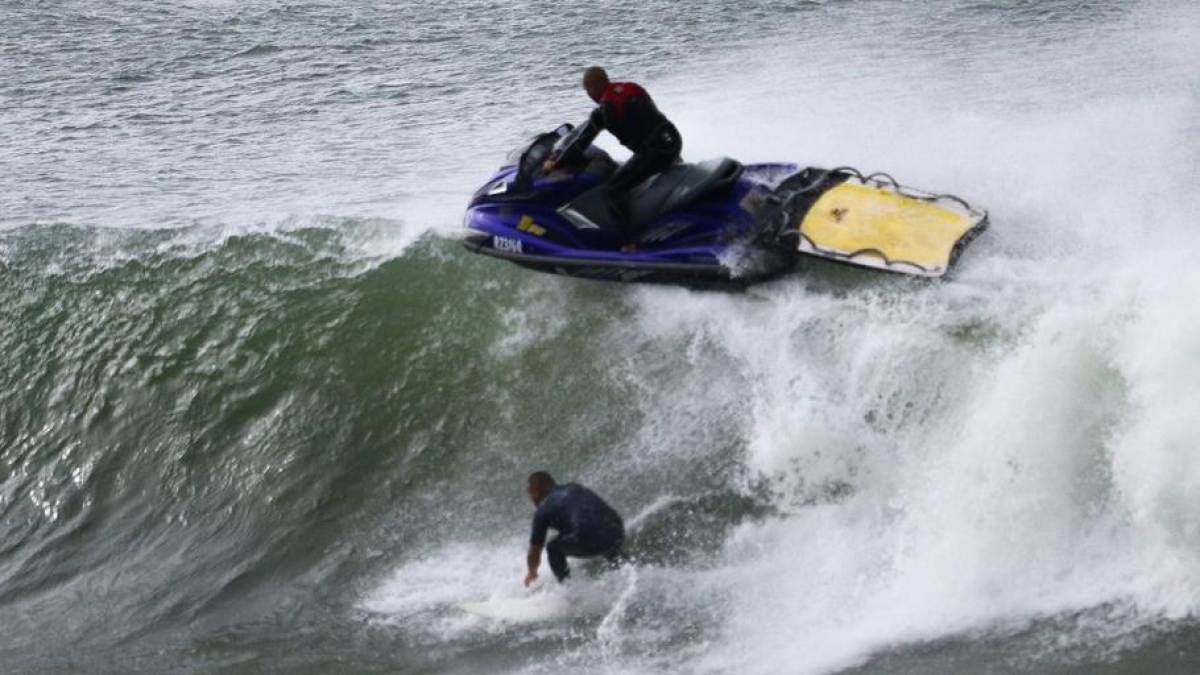 Sick floater, shame about his mate below!
The swell has been firing this week on the gold coast, with surfers choosing jetkski's to help fight the strong currents flowing at point breaks like Currumbin and Kirra. Many of the die-hards are calling them out, saying that there was too many ski's for the conditions, and after seeing this - the cops agree too.

The pic above is part of a sequence of photos taken by 16year old Luke Workman and posted on Instagram yesterday. It's of a ski perched precariously on the lip of a wave, just after a 'step-off'. Surfer below, Ski sitting up there in a perfect 'floater'. Recipe for disaster?

You bet! The tail of the ski gets pulled into mid-air, which means of course he has no thrust, no control, and no hope. Down he goes - straight on top of his mate who had just tucked into a messy brown barrel.

Funny, of course. Dangerous? Sure is! QLD Police headed down there after several reports of jet-ski mayhem, but by the time they arrived most had gone home. Reports of similar incidents at Kirra have spurred more cries to 'BAN THE JETSKI!' in Gold Coast lineups, but already the swell is gone, the ski's are gone, and it will be forgotten until the next big one.