Get 20km worth of Free Fishing Line! (Just pick it up!) 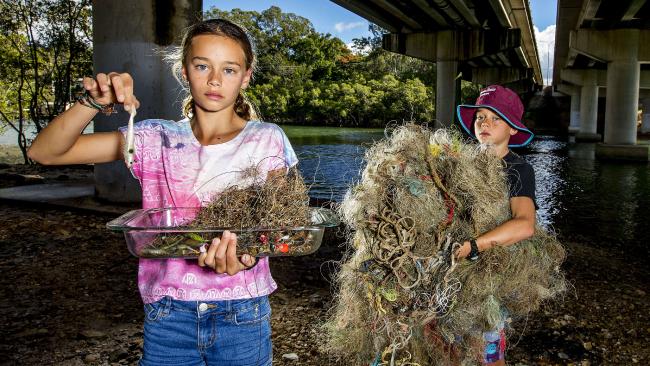 Not what you had in mind was it? But this is about 20km worth of fishing tackle collected from one beach on the Gold Coast.

The Gold Coast is supposed to be one of Australia's biggest attractions thanks to its picturesque beaches and clean waterways littering the coastline. So how could one local family from Currumbin collect more fishing line than most people use in a lifetime from their local creek?!

Discarded fishing tackle is a major problem in the fight to keep recreational fishing open for all to enjoy, as environmental groups lobby to stop anglers from littering the coastline with plastic fishing line and lures. Bins are provided at many popular fishing locations, but the message is obviously slow to get around.

The Byres family are locals to Tallebudgera Creek at Currumbin, just south of Surfers Paradise on the QLD Coast, and they set out on a mission to collect whatever fishing tackle they noticed on the beach over the span of 10 months. In doing so, they managed to pick up more than 20km of fishing line and lures!

Of course the major concern is for marine life, with the slow and painful deaths of countless animals well documented as as a result of being tangled up in your old fishing line.

So next time you're out fishing, chuck your scraps in a bin, or take them home with you - for the sake of recreational fishing all around the country. We want to keep the jettys, beaches and rocks open to fishing for many years to come!