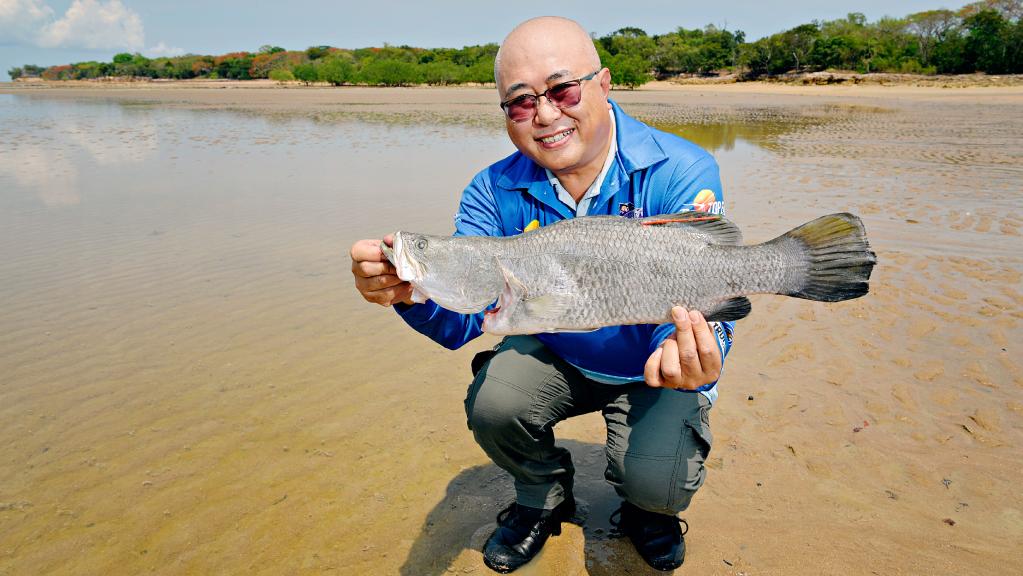 That fish is worth $10,000!
Most anglers in the Territory have heard of Hiro Nakamura, legendary Barra fisherman around Darwin and regular contributor to fishing columns and online fishing social media channels.

This week, he reeled in what he thought was a stick covered in seaweed, and found it was the 8th tagged Barra in the NT's amazing Million dollar Fish competition! Planning on helping his daughter attend uni in Japan next year, and cooking for fish 'Hong Kong' style for dinner, Hiro has also added it to his list of Barra. The list now stands at 1092, which is quite the number, but nothing compared to what's swimming around in the territory. He says there's plenty more out there, and anglers should be making the most of the prizes on offer in the competition while they can.

Fishing is one of the Northern Territories biggest tourism drawcards, and right now it's got 2 million more reasons to book a trip. Backed by CrownBet and the NT Government, the Million Dollar Fish competition event window has opened on the 1st October, with 100 Barramundi tagged with special plastic tags and released back into the territories best fishng spots. Find a tag - and you've got yourself an instant $10,000 in cash, or if you're really lucky, you'll catch the one fish worth $1,000,000!

Yep, you read that correctly, you could win cash just by going fishing in the NT, and it's free to register the event. Just signing up could win you prizes, even if you don't visit the territory this summer. There's another $91,000 in prizes going to random entrants including a heli-fishing tour, quad bikes, eskys and a camper trailer.

Seriously, all you have to do is register on their website here.