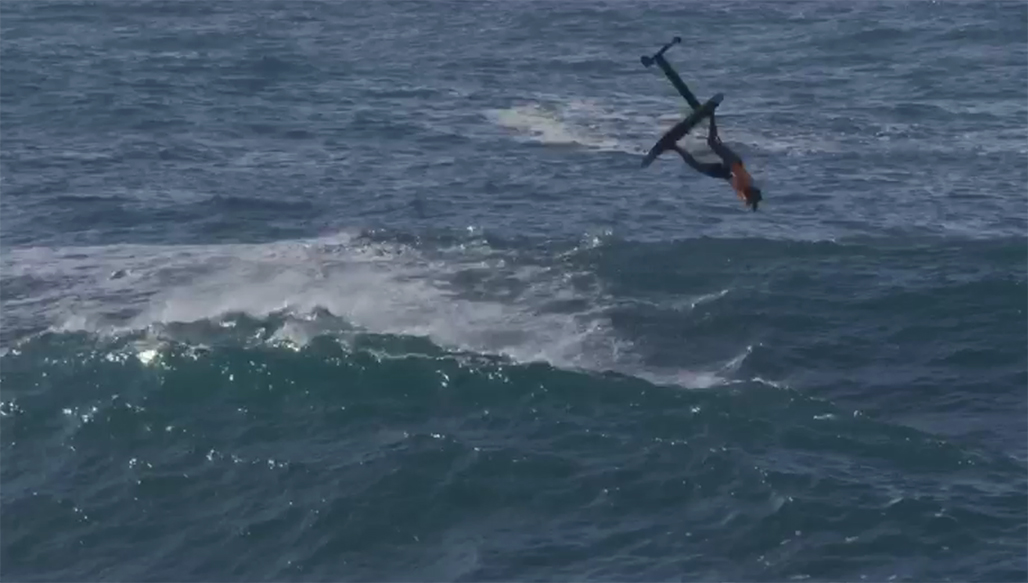 Outer pipeline. Some of the biggest waves in the world break here. But on this day, it was foiling only. Choppy, erratic, but still pretty big. Jamie O’Brien and Kai Lenny had been waiting for this day all year.

That’s the beauty of foiling. You crave the days nobody else does (except the other foilers). You score sessions where nobody else is out, even at Pipeline; and most of all, you can do things nobody else can do. Like backflips!

That was the challenge for these two on this fateful day at Pipeline, to foil a wave and top it off with backflip. Lenny got close. O’Brien did not. But it’s an awesome little session anyway.

Check it out to see a sneaky shot of Kai’s new super small foil for riding big waves, and to watch the bleeding edge of what’s happening in the foiling world.