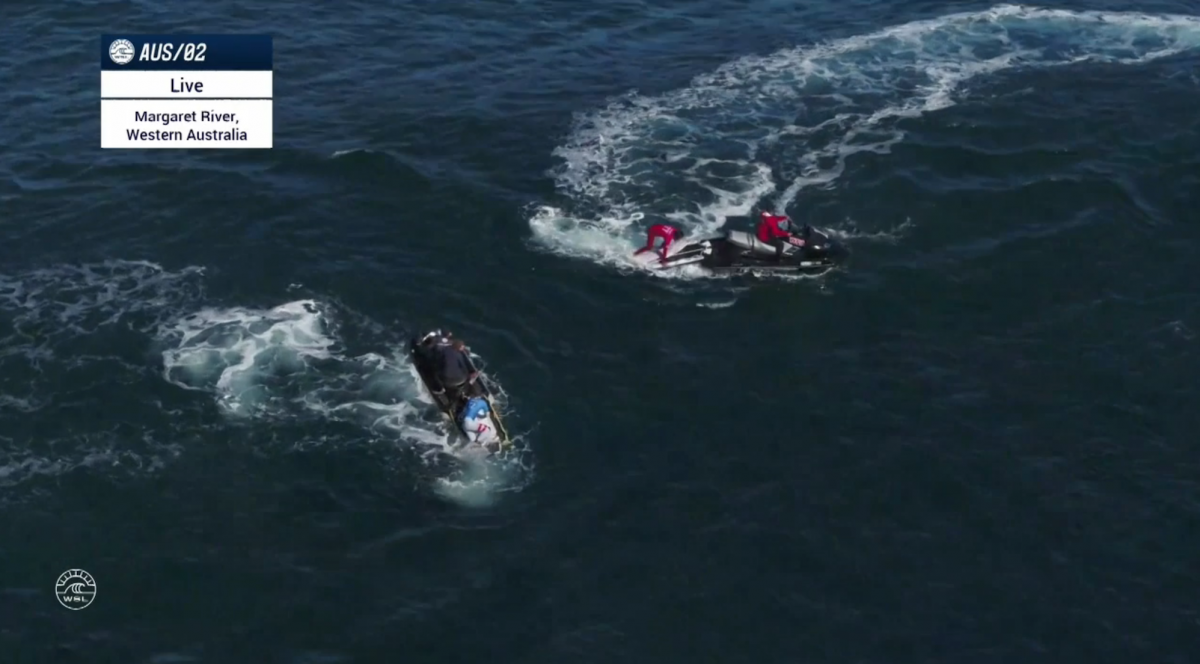 Time to get out of the water! Kolohe and Filipe get picked up by the skis.

It's finals time for the Margaret River Pro, and while JJ and Kolohe Andino still battle it out in the final as we write this, the biggest headline of the day has already been made.

Back in the semi final, it was Kolohe Andino and Filipe Toledo sitting out the back. They noticed a couple of splashes, and the guys on the ski replied with 'It's ok, just fish!'. Turns out, it wasn't 'just fish'. It was a couple of 'Big fish', and rather than suffer a repeat of Mick Fanning's legendary heat at J Bay in South Africa, it was decided that the surfers should leave the water before someone got munched.

Margaret River is known for being a little 'sharky', with a Great White attack recorded just last year in September. While not fatal, it was against a surfer sitting in the lineup, and one of the main reasons the WSL decided to fit all their jetski's with shark deterrents for the Margaret River Pro.

Everyone's cool today though, surfers are back in the water, and the horn has just sounded with JJ taking the win with two 9+ pointers in the final round...