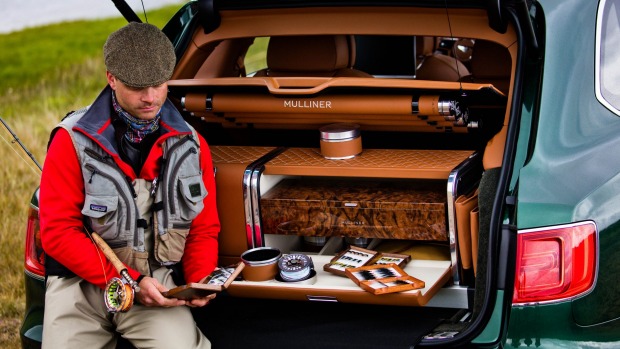 Bentley Automobiles are synonymous with luxury and fine taste, and their bespoke craftsmen Mulliner have been tasked with designing an accessory set to complement their new Bentayga SUV.

It's a fly fishermans dream setup, called of what Bentley term the 'Master Tackle Station and Refreshment Case'. Consisting of four rods, housed in leather trimmed tubes that sit underneath the parcel shelf, two nets in leather bags hiding in a special carpeted compartment, a walnut veneer tackle box and aluminium reel cases trimmed in saddle leather. The icing on the cake - is a neoprene lined Wader storage unit, trimmed once again in Saddle Leather. We won't even mention what's in second half of the package as the 'refreshment case' because as a true angler, who cares about the drinks! 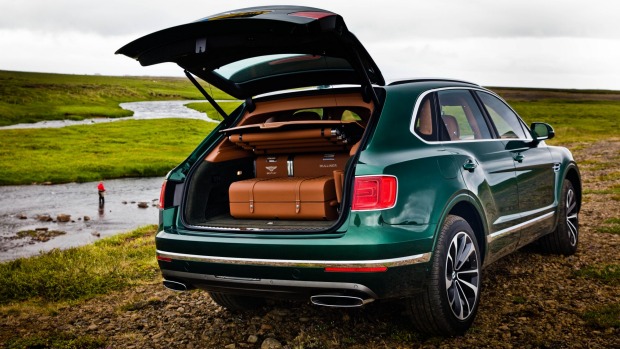