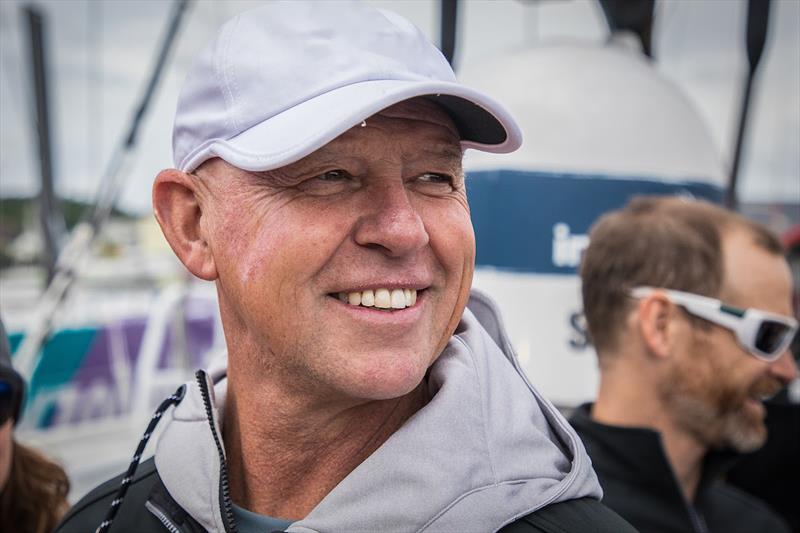 With the second season of the highly successful SailGP championship starting in Sydney in less than 50 days, Bruno Dubois has been named manager of the France SailGP Team, and will help the team maximize its performance on the water and commercial development.

In 2019, the Belgian-Canadian led the China SailGP Team to a podium placing as team manager. However, with China no longer competing in the 2020 season and two new nations - Denmark and Spain - joining the league, the French team was quick to select Dubois as its new team manager.

The former director of North Sails France for almost 20 years, Dubois brings a considerable wealth of experience to the role. As well as his recent management of the China SailGP Team, Dubois led Team France in the 35th America's Cup and also managed the Franco-Chinese Dongfeng Race Team in two iterations of the Volvo Ocean, including the team's winning 2017/18 campaign.

France SailGP Team helm Billy Besson said: "We are delighted to welcome Bruno to our team. His arrival will help us to achieve greater success and support the team's objectives for 2020."

Launched last season by Oracle co-founder Larry Ellison and Sir Russell Coutts, the global championship brings together the world's best sailors, including Olympians and America's Cup experts, to compete in the fastest sail racing in the world.

For the France SailGP Team, helmed by the quadruple Nacra17 world champion Besson, the sporting challenge is to capitalize on the experience of 2019, and to continue to build on this progress. With five podiums last year and a race win in Marseille at the grand finale in front of a home crowd, the French team grew in confidence throughout the season.

While the team may lack experience sailing the high performance F50 catamarans compared to other teams, the French have a strong background in multihulls and close racing at an international level. The team's dedication to learning how to manage these demanding boats began to pay off as the 2019 season progressed. For SailGP Season 2, the ambition is to quickly get into a rhythm and strive to achieve as many podium positions as possible.

Commercially, the France SailGP Team has a robust development strategy and has built a strong offering for companies wishing to be part of the team's ambition for excellence in sporting and technological performance.

In its first year, SailGP demonstrated its ability to offer an exceptional fan experience with racing so close to shore that spectators could hear, see and share first hand, providing a spectator experience in line with other major international sporting events.

On the start line, Besson's team will be facing the two heavyweight teams of 2019: Australia led by Tom Slingsby, winners of Season 1, and the second-place Japan SailGP Team helmed by double Olympic medalist Nathan Outteridge. Also on the start line will be the Great Britain SailGP Team, which has a new helm for Season 2 in the form of five-time Olympic medal winner Sir Ben Ainslie. Rome Kirby will once again lead the team from the United States, and the championship welcomes two new nations: Denmark, skippered by Nicolai Sehested, and Spain, whose team roster will be announced at the end of January

What did you learn from your experience with the China SailGP Team?"I got great satisfaction finishing the season in third place on the podium, especially as it was not easy at the start against some of the established nations and we had a steep learning curve."

What do you think of the French team's first season?"What I do know is that the fight for the third podium spot was very tight between China, Great Britain and France. Besson and the team worked hard during the season to improve and, as we saw in Marseille, they were very much in the game."

What are the main objectives for the team in Season 2?"Two key areas will dictate the future of the team: performance and sponsorship. We need to start flirting with the podium as soon as possible in the new season and have commercial partners alongside us. At this stage, and like many of the teams in the league, we are still subsidized by SailGP but we need to move toward financial independence as soon as possible."

What are you putting in place to achieve these goals?"The team obviously did not wait for my arrival to prepare for the season. A lot of work has been done since Marseille across all areas, from performance and communication to marketing and sales. The structure that is now in place is solid and to reach our objectives we have to focus on our performance as well as our commercial growth."

What does the France SailGP Team offer commercial partners?"The first season has shown the international scope of this championship. French companies that export their know-how internationally are the ones that we think can best benefit from this environment. When we associate SailGP with the corporate world, we automatically think of innovation, performance, data and technological advancement. These are themes that resonate well in companies from the technology and innovation sectors or those that have a strong strategy in these fields. We are looking to partner with companies whose growth is accompanied by a desire for greater international brand visibility, as well as with international groups with an ambition to set up or develop in the French market.

"Investing in SailGP also means exploring new marketing horizons and promoting another vision of the company. Racing at more than 50 knots is not without danger and requires permanent technological control. To achieve this, we need to master data analytics in the same way as businesses do today. The efficiency of the team is based on the collaborative work of the men and women, who excel in their respective fields - it is the human story that is the differentiator here and what makes this sport so relevant to our society."

SailGP offers a great B2B platform: the spectacle and the format of races close to the shore, alongside the gaming and data aspect, offer customer, business and employee experiences within a framework of premium hospitality, at the heart of iconic cities around the world."

What is the program before the first event in Sydney at the end of February?"On the sports side, the team will have two simulator sessions in the UK before leaving for Sydney as well as foiling training days in early February. We have the final members of the team in place and will be holding meetings in order to be ready for Sydney.

We will also be at Global Sport Week in Paris from 5-7 February, when Coutts will speak, as well as at several other sports marketing events." 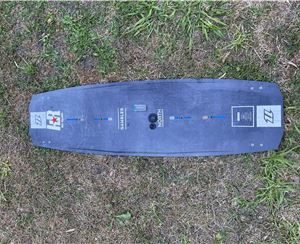 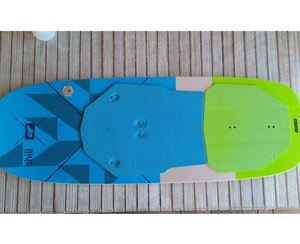 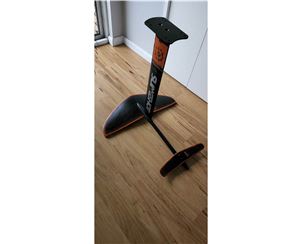 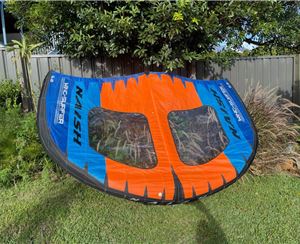